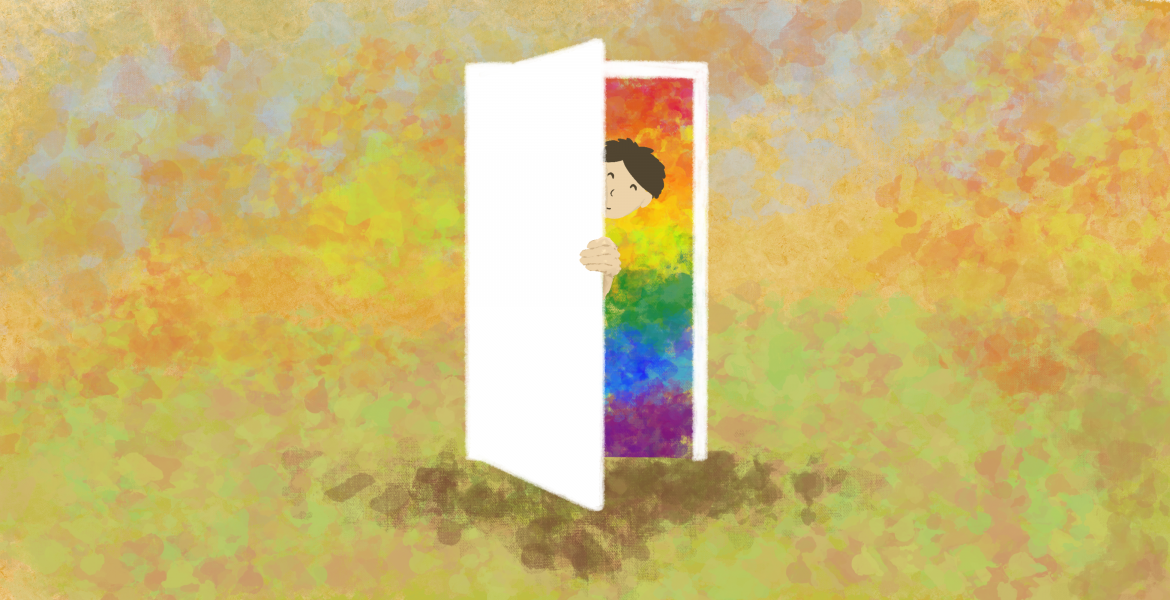 The process of 'coming out' has become a restrictive societal expectation from the queer experience.

“Coming out” is the act of sharing one’s sexual orientation and/or gender identity, whether that means sharing it publicly on social media or gradually with loved ones. The action has become standard to the LGBTQ+ experience, but the same standard does not apply to straight, cisgendered people, as they are seen as the “default identity.”

Coming out can be a wonderful thing. In the best cases, coming out can prompt narrow-minded individuals to educate themselves. Being “out” also opens one up to a vast and supportive community of shared experiences. However, the action of coming out finds its origins and implications in homophobia and its conditions contradict queer individuality. Why do members of the LGBTQ+ community need to come out in the first place?

The entrance ticket into the LGBTQ+ community is the declaration that one is abnormal, different from the default setting of straight and cisgendered.

Furthermore, throughout the process of coming out, queer people are forced to uphold the stereotypes they may spend their entire lives trying to eradicate. Before they come out, a queer person must present themselves as “normal,” in other words, straight, in order to prevent suspicion, suggesting that queer people have definite behaviors and appearances. This obligation is especially understandable for those that fear serious violence and even death if people were to find out who they are. However, the issue with this standard is that it is expected that queer people behave this way to maintain the comfort of bigoted people.

The LGBTQ+ community has become so accustomed to coming out and choosing a label as two of the crucial steps of being a fulfilled queer person that there are negative sentiments against people in the community who have decided not to come out. If someone simply identifies as “queer,” not specifying if they are gay, lesbian, bisexual, or pansexual, etc. a common assumption is that they have not yet developed a solidified identity or decided who they are. For some, that is the case, however, identifying as “queer” can also mean that one identifies with the non-heterosexual and/or cisgender spectrum.

There is also a harmful assumption that those who have decided against coming out are cowardly or aren’t serious about their identity. One is valid with or without completing the act of coming out.

Coming out is revered as an act of bravery because the world has not learned to accept queer people. Discrimination on the basis of sexuality and gender wasn’t deemed illegal in the United States until 1975. Today, queer and transgender individuals are criminalized in 87 countries. This doesn’t even begin to cover the issue of interpersonal homophobia and transphobia that is still life-threatening, with several violent hate crimes against queer people occurring each year.

It is difficult to say when the world will outgrow coming out as a necessity. It’s possible that societies will not achieve complete acceptance until every single country decriminalizes queer, transgender, and non-binary people. Until then, one should respect others’ space and choices. The choice to come out will always be up to the individual, and whichever choice should not diminish their confidence, validity, and sense of self.