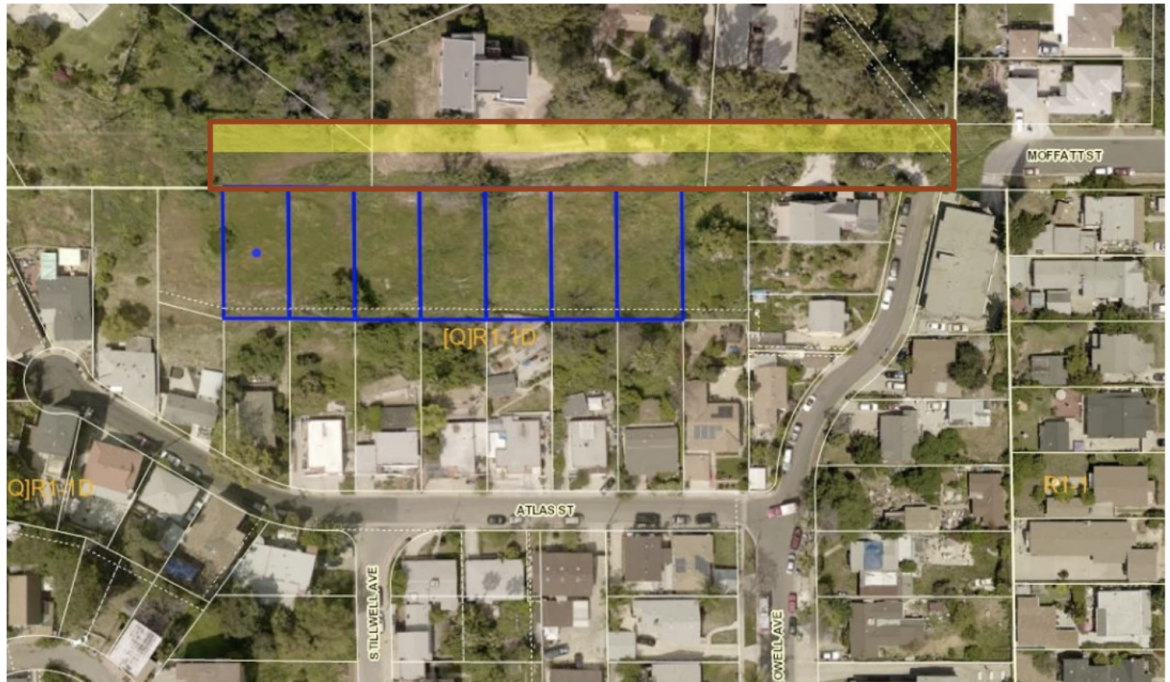 Even though South Pasadena has granted a permit for the project, that is not a guarantee that the development will happen. The lots themselves are in the City of L.A.'s jurisdiction and will need its approval before construction can begin.

The City Council unanimously approved a Hillside Development permit for the Moffatt Street extension project at its meeting on Wednesday, Feb. 17, laying the groundwork for the construction of seven properties at the border of South Pasadena and El Sereno. Community members strongly opposed the project, however the Hillside Development permit only grants the company access to build on a shared easement and remove five trees, not to physically develop the lots.

The developer, Planet Home Living, initially requested a permit from the Planning Commission to develop on the shared easement connecting South Pasadena’s Moffatt Street and El Sereno’s Lowell Avenue in order to build seven luxury homes. However residents Micah Haserjian and Brenda Contreras appealed the commission’s approval to the City Council, where it was repeatedly delayed due to zoning issues and lack of communication between local government officials. At the Feb. 17 meeting, the appellants presented their case to the Council by claiming the developer was piecemealing, and by citing verbal support from L.A. Councilmember Kevin DeLeon, L.A. County Supervisor Hilda Solis, and the LA-32 Neighborhood council.

“Since March of 2020, we have received hundreds of phone calls, emails, and physical support from neighbors. Not one member of the community supports this project,”  Contreras stated. “There are so many loose ends [to this project which would] be so detrimental to the community. Please listen to the voices of the people and deny this violent, irresponsible project.”

Community members have argued that the development would displace existing residents, create more traffic on an already narrow street, and endanger existing wildlife residing on the lots. Opponents also took issue with the luxury nature of the proposed properties, calling Planet Home Living a gentrifier.

Councilmembers expressed sympathy for the El Sereno community, but ultimately approved the permit, claiming that there are no means of proof they can use to justify a denial of it.

“I made the motion to explore this [development] further and put it off for a couple months,” Councilmember Michael Cacciotti said. “There’s nothing else that I feel we can do after listening to the City Attorney explain what our rights are and our liabilities if we don’t act in a certain way. I feel for the El Sereno residents, but they’re not going to have to pay the legal bills; if we can’t make the findings, we would be subject to severe liability.”

The City Attorney and the Council discussed the liability issues in closed session, but no specifics were given in the open session portion of the meeting on Feb. 17.

The next steps for the development were not clearly outlined in the meeting, but because the lots are in the jurisdiction of the City of L.A., the appellants have the opportunity to further assert their opposition to the project.

Michael- how can you trust what our city atty says? She is pro-developer and does not make decisions based on what we, as citizens, desire for our community.