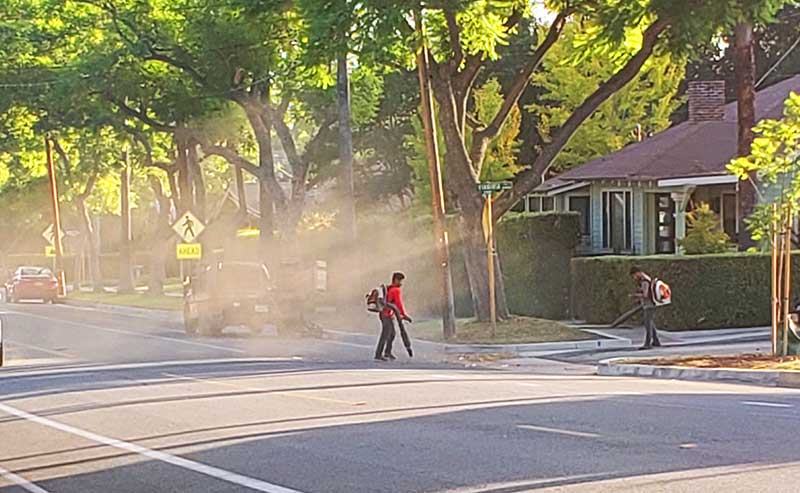 Those in support of the ordinance cited the high levels of emissions and noise that gas-powered leaf blowers create.

The ordinance came to the City Council after concerns raised about harmful carbon dioxide emissions and complaints of noise from gas-powered leaf-blowers. The South Coast Air Quality Management District rebate program would cover 75 percent of the new electric leaf blower’s cost for gardeners. According to the ordinance, property owners would face a 50 dollar first offence fine enforced by Public Safety officers if they allow their gardeners to use gas-powered leaf blowers. The second offence would result in a misdemeanor.

Throughout the public comment section,community members expressed their support of the banning of leaf blowers but disagreed with how the ordinance would be enforced.

“Our Latino community which predominantly makes up our gardening industry has spent the last four years living in fear of the federal government, being scape-goated as immigrants, and then were disportionately impacted by the pandemic,” resident Anne Bagasao said.  “And to now be approached unnecessarily at their job place by armed law enforcement. I am very, very concerned about putting our gardeners [and police] in this position.”

As the gardeners would be approached by Public Safety officers rather than property owners, residents showed concern for how the ordinance would affect the Latino community.

“This is a matter for code enforcement, not an opportunity for more policing of people of color,” John Srebalus said in a public comment. “It is no secret that the operators of leaf blowers are overwhelmingly Latino and it is safe to say that some of them are undocumented. They do not deserve to be at the bleeding edge of this policy.”

Another topic of concern among city council members was the fact that if adopted, the ordinance would have been made effective on Oct. 1. Mayor Pro Tem Cacciotti expressed that the ordinance did not give gardners adequate time to prepare for the change in policy.

The city council passed a motion to reevaluate the ordinance after it has been reformed at its next meeting on Wednesday, Aug. 18.

Junior Veronica Koutsky (she/her) is thrilled to begin her first year as a staff writer for Tiger! Her hobbies include reading, acting, and oversharing in her english essays.