Charting the future of Biden’s administration and the nation 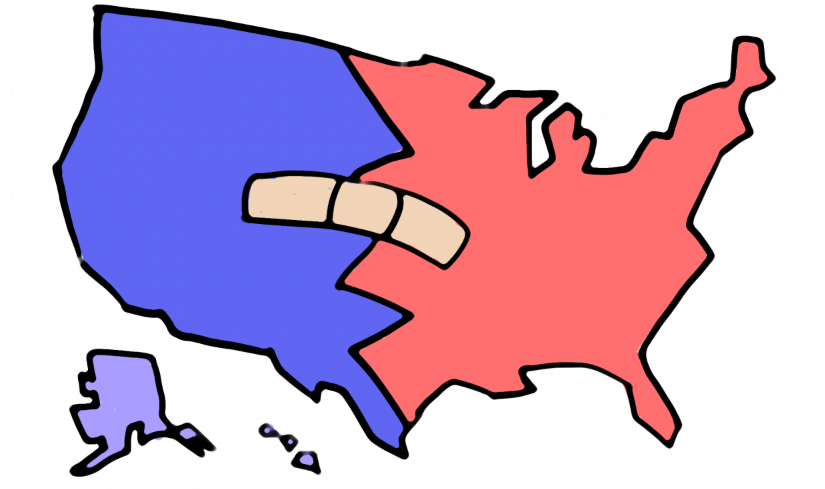 Tiger examines the 46th president’s plans and students’ reactions to the prospects of a more progressive future.

Following the 2020 election, Democrats now hold a government trifecta after taking control of the presidency and Senate, as well as marginally maintaining the House of Representatives. After Trump and the associated Republican-dominated Senate, many are counting on Joe Biden’s presidency to correct unpopular legislation originating from the Trump administration.

It seems as if Democrats have all their ducks in a row to fully bounce back from the Trump presidency, but realistically, this is not the landslide victory many make it out to be. Democrats hold a “majority” in the 50-50 split Senate merely because of Vice President Kamala Harris’ tie breaking vote. In addition, the Senate operates with the 60 vote requirement filibuster rule, meaning it takes 60 votes to end debate and bring legislation to the Senate floor for amendments and a final vote.

It’s also important to note the fragility of holding a 50-seat “majority.” Under Barack Obama’s presidency in 2012, the Democrats held 57 Senate seats with two Independents for a total of 59 left-leaning votes. Ted Kennedy’s seizure and eventual death, Al Franken’s late seating, and a Republican filling Kennedy’s seat only proved this unreliability. In that time, the Democrats managed to gain full control of the Senate for only four months, in which they passed a Republican healthcare bill (Affordable Care Act).

The Democrats’ diversity prevents it from becoming the strong united coalition that the Republican party, to its credit, is; their supposedly unobstructed path to victory is narrower than it appears. Still, Biden’s administration presses forward, hoping to reunite and rebuild a nation that currently sits in the middle of a pandemic, social unrest, and economic turmoil. Tiger examines the 46th president’s plans and students’ reactions to the prospects of a more progressive future.

The COVID-19 Crisis and Healthcare

COVID-19 is the first major hurdle of the Biden presidency, and as the situation develops, it will almost certainly test his willingness to employ more progressive healthcare measures.

Biden has already set out to combat COVID-19, and has been committed to listening to scientific consultation as far as coronavirus policy. This has manifested in a new federal mask mandate for government buildings, and Biden has promised stricter enforcement of curfews and extra precautions.

Xavier Beccera is Biden’s active Secretary of Health and Human Services and will handle the vaccine distribution of over 200 million doses. Beccera, a former California attorney general and L.A. local, has advocated for a single-payer healthcare strategy in the past. This could put him at odds with Biden, who has suggested a more moderate approach.

During the 2020 presidential race, President Biden remained mostly silent about his healthcare platform, but has implied that he will keep the current private healthcare infrastructure intact.

In his eight years as vice president to Barack Obama, Biden helped pass the Affordable Care Act, or Obamacare, a platform that has been relatively unpopular across the political spectrum. This position will certainly be challenged over the next four years, and Democratic Representatives like Alexandria Ocasio-Cortez and Illhan Omar have already begun pressuring the president to take a more progressive stance.

With the scientific consensus that 2035 will serve as a climate change “point of no return,” the Biden administration’s handling of climate-related issues will be held under increased scrutiny. So far, Biden has already done more than former president Trump, re-entering the Paris Climate Accord as well as adopting a few vaguely progressive pieces of legislation with the aim of fighting climate change.

As far as Biden’s cabinet, special attention will be placed on Michael Regan. Regan is looking to face a particularly uphill battle, as the Trump administration worked to effectively gut the EPA.

Both Biden and Harris have been heavily criticized for their past stances on criminal justice, though both have taken slightly more progressive stands in the 2020 presidential race.

Skepticism of Biden’s progressive promises has stemmed primarily from his past support of the 1994 Violent Crimes control act, “the crime bill,” which alloted upwards of $10 billion to local law enforcement agencies as well as expanding the scope of the federal death penalty.

Criticism has also been leveled at Harris, a former California state prosecutor. Harris has defended her past actions — knowingly putting trans people into the wrong prisons, advocating for the death penalty in California, and denying parole to inmates despite others confessing to their initial crimes — as coming from a “tough on crime” era of Democrats.

Despite this, Biden’s 2020 criminal justice reform plan doubled back on a number of these past stances. The plan includes the abolition of private prisons, the rollback and eventual removal of the federal death penalty, and a decrease in funding for some major police departments.

After calling the battle for LGBTQ+ equality the “civil rights issue of our time,” Biden has already overturned Trump’s ban on transgender military service. Biden has also supported the Equality Act, which if passed would outline anti-bias policies that would primarily affect housing and workplace environments. Moreover, Biden has claimed that he intends to eradicate the AIDS epidemic, though so far this attitude has not been reflected by policy.

The recent elections gave South Pasadena’s population a burst of optimism at the end of an historically messy year. However, this relief was short-lived, as 2021’s terrorist attack on the Capitol, and inauguration of Joe Biden and Kamala Harris, leaving students torn about the nation’s future.

SPHS students predictably voted coronavirus as the most pressing issue in the United States. Following almost a year of former president Donald Trump contradicting CDC experts’ judgments and flip-flopping on the effectiveness of masks, 80.9 percent of 141 surveyed students are somewhat or extremely optimistic about how the United States will handle the COVID-19 pandemic now that Biden is in command.

“The most important issue is getting vaccines from the freezers [and] into people’s arms,” senior Russell Thomas said. “I’m tentatively optimistic that Biden’s administration can do this efficiently, but I think that most of the blame for the slow rollout lies… on the state and local governments. I hope the new [administration] can help provide strong leadership and specific guidance that will help streamline and speed up the vaccination process.”

Along with one of the worst health crises in U.S. history, Biden also enters the White House during a critical four-year period for slowing climate change. SPHS students voted the environment as the second most important global issue. Compost Culture co-leader, junior Liam de Villa, recognizes its immediate dangers, while still remaining upbeat.

“Biden should and has the ability to create more effective climate policy,” de Villa said. “I do think he might miss the opportunity and focus on corporate interest. However, I still feel optimistic[. . .] I hope he can make an effort to further regulate corporations, although it may be in the disinterest of his donors and capitalist voters[. . .] Politicians can change and Biden may be on track to be a modern day [Franklin D. Roosevelt] or [Lyndon B. Johnson.] Hopefully he rides the progressive policy change, but only time will tell.”

So far, Councilmember Michael Cacciotti has been impressed with Biden’s early climate change executive orders and has been spearheading an effort to switch SPUSD and the Arroyo Seco Golf Course to entirely electric equipment. This environmental model works in line with Biden’s plan to create clean energy jobs, something Cacciotti hopes the entire nation can follow.

Students also await to see the continuation of the Black Lives Matter (BLM) movement that created countless organizations dedicated to combating racism across the nation. Now, they expect Biden’s administration to follow these groups’ lead and take steps to dismantle discrimination and bias.

“There is an issue with police brutality in the United States and it felt as though the past administration glossed over it because they did not care,” junior Julie Frias, a secretary for the Latinx club, said. “[Now] there’s a feeling of hope that many have lost in the last few years. It is a big relief knowing the president and his administration care about their citizens and care about their citizens’ concerns.”

BLM exacerbated the glaring misinformation, Trump’s fiery Twitter takes, and blatant media bias that has fostered an extreme political polarization and increased division in the nation at the worst time. Students hope that, like Biden emphasized in his inauguration speech, the new President’s administration will bring unity to the country.

“As a more conservative individual at SPHS, I often feel extremely isolated from my peers. I am often grouped with right extremists who are actually terrorists rather than good people,” an anonymous junior said. “Because of Trump, being a Republican has brought shame and extreme criticism from others. I personally disagree with almost everything Trump stands for and is. . . I am hopeful for Biden because I think his main goal is to reunite the country rather than take advantage of his position to pursue only left views and values. I respect everyone’s opinions and I am always open to a civil discussion to elaborate, but I never feel like that is reciprocated towards me or other conservatives at SPHS.”

Others fear that Biden’s attempts to unify the country are exactly what will prevent real progressive legislation from being passed and implemented.

“Overall I’m pessimistic about [Biden.] He’s better than Trump, but Biden is just going back to the antiquated idea of ‘good enough’ neoliberalism that still throws the most needy people under the bus,” junior Leo Barrera said. “I think he will do a great job of preserving the status quo. He isn’t going to make the radical changes our country needs and people will be complacent with that.”

TK through second graders set to return to campus in hybrid model on Feb. 18