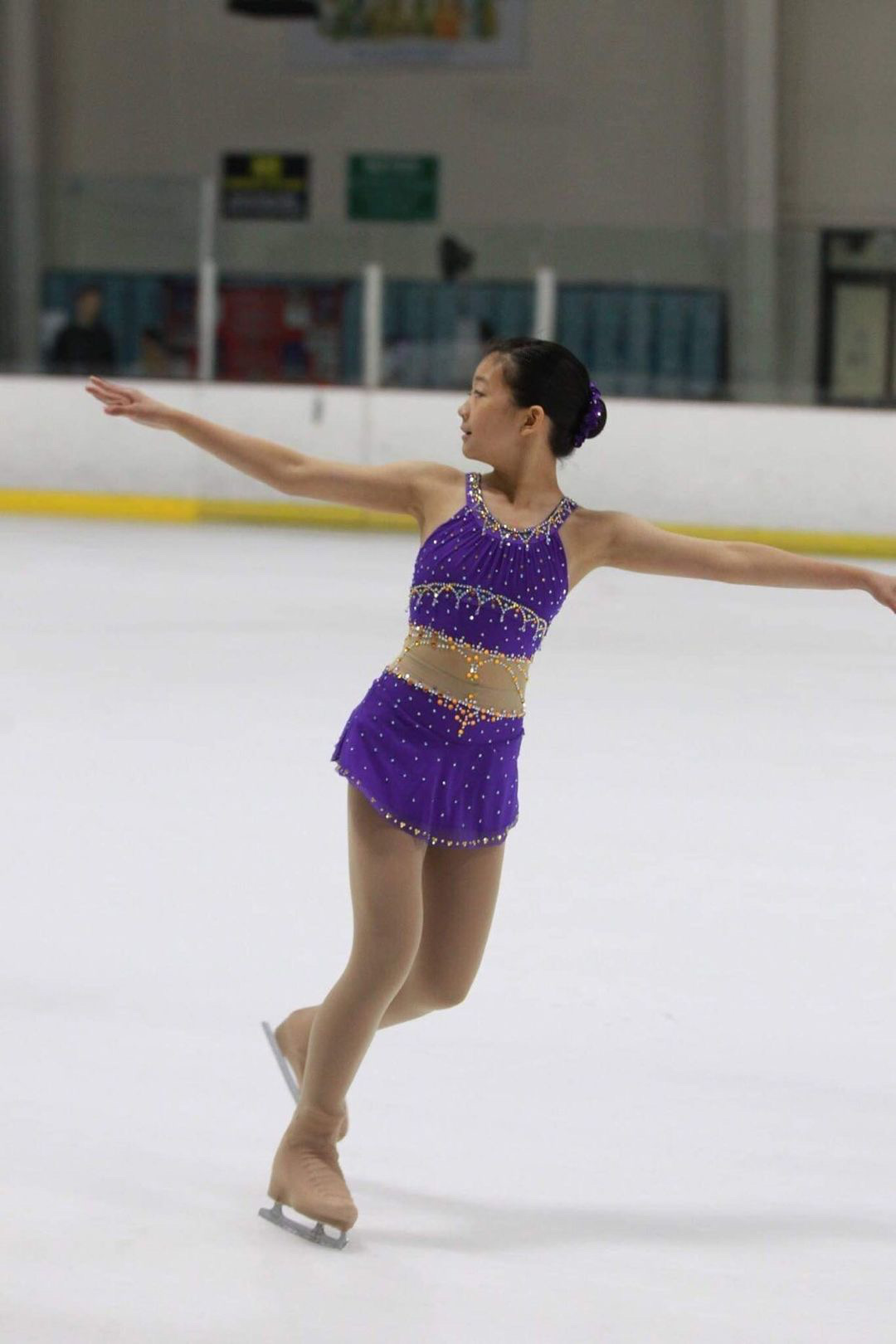 Although figure skating is usually performed as a solo sport, there is a great amount of support behind the scenes. The encouragment Wu recieves from her peers is what leads her to skate with courage.

Senior Kelly Wu didn’t think much of it. Falling was normal, so she brushed it off and continued to skate. It wasn’t until a couple hours later when Wu saw a deep, bloody cut on her bottom. She was quickly rushed into emergency surgery, but never once was Wu fazed. Only a few months later, Wu was back at the site of her dangerous injury — the ice rink — and she continued figure skating like she never fell.

Born on ice, Wu started skating at 3 years old, an activity her family had enjoyed for many years. Watching her family skate, while she was lifted on the shoulders of the rink workers, Wu fell in love with the sport. Quickly moving from group to private lessons allowed Wu to hone in and focus on her skating skills. As she continued to practice and train four to five days a week, Wu began competing on a synchronized figure skating team. There she was able to experience a team dynamic, which was new to her as figure skating is usually viewed as an individual sport.

Wu has experienced many ups and downs throughout her skating career, navigating injuries and taking time off from the sport. When she began to skate consistently, Wu often became irritated when experiencing common injuries like ankle twisting and other general pain. The intense and demanding training took a toll on her body and in sixth grade, a hip injury caused her to stop skating for a few months, a major shift from the rigorous routine she was used to.

“I became extremely frustrated with myself and with the fact that I wasn’t progressing with skating,” Wu said. “I came close to quitting when no physical therapist or sports medicine doctor could diagnose [my injury].”

Wu has been able to explore the art of self expression through skating as well. This has given her a creative

outlet to channel her talent while also having a positive impact on her body image.

“Skating has helped me realize [that] I am a unique skater,” Wu said. “Skaters often are better in different aspects, and I have always been complimented on the height and size of my jumps. This has made me more thankful for what my body can do for me and helps me understand how much more our bodies are than just an object or image.”

Wu’s years of experience in skating has given her the opportunity to learn not only more about herself, but how she fits into the dynamic of a team. Competing alongside her teammates showed Wu the beauty of community and having a support system behind the scenes in a sport that can feel lonely at times.

“I have known most of the rink staff and coaches pretty much since I was born,” Wu said. “In times of isolation from hardship or insecurity, I’m able to find a sense of homeliness with closer people like my coaches. However the rink staff, other coaches, and other skaters whom you’re usually friends with are also people you can talk to when you’re warming up or tying skates. Interactions with them seem small and insignificant, but they’re supportive [whether it be] saying, ‘Good job,’ after you land a jump or run through your program, or sympathizing with pain and aches.”

After high school, Wu hopes to continue skating by taking on a mentorship role as a coach. Her experiences in group lessons as a child have made her eager to contribute and give back in the same way.

“I have become a group lesson coach, and plan to apply to become a skating judge and private coach as a part-time job in the future,” Wu said. “Skating has provided me with many unforgettable experiences that I cherish. I hope to stay in the figure skating community and introduce my future family and friends to such a fun sport.”

Charting the future of Biden’s administration and the nation