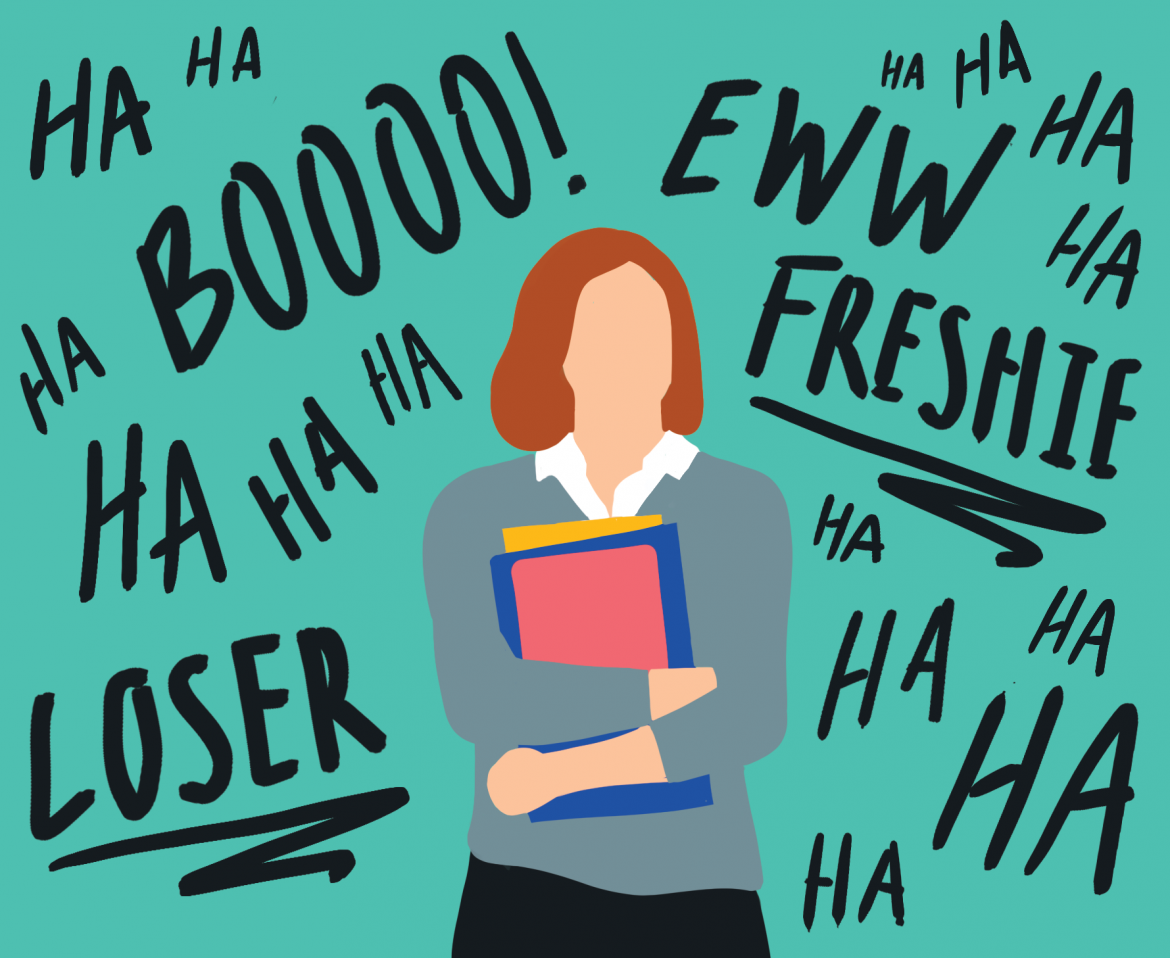 Freshmen must be treated with respect in order to foster a safe environment for all students.

Finally being a senior has caused me to do a lot of reflecting on my past three years at SPHS. I remember first stepping onto campus as a timid freshman, excited yet terrified at the prospects of the “best four years of my life.” Unfortunately, most of my memories of freshman year leave a particularly bitter taste in my mouth, stemming from the apparent class system of the grade levels established from the moment freshmen enter campus. I believe that as upperclassmen, we need to bridge the social gap and make SPHS a more freshmen-inclusive environment.

This culture of antagonizing freshmen starts as just fun and games; personally, I’ve made a million freshman jokes as an upperclassmen. It starts from the very beginning: during orientation, ASB officers point to the grassy area in front of the science and English buildings and say, “This is your turf. That is our turf. You stay off. Catch my drift?” Then at the SAC assembly and every assembly for the rest of the year, upperclassmen join in on the deafening “BOOOO!” during roll call that echoes throughout the auditorium. My peers and I laugh about it now, but we also remember how isolated it made us feel during our first year in an already new and strange environment. I’ve realized that the reason I looked forward to my senior year so terribly was because I was waiting for the day that people on campus would actually take me seriously.

I’m not saying that all freshmen should be labeled mature adults (because most of them are definitely not). But it’s not fair to stick them all under the umbrella of immaturity and harass them over a generalization. Just because they’re younger than the rest of us and easy targets for verbal abuse doesn’t mean that upperclassmen should be allowed to throw their power around, even for a good laugh.

This year, I’m holding myself accountable for freshman jokes. As a senior on campus, it’s part of my responsibility to set a friendly example for the rest of the school. For the rest of my seniors, leave the poor freshman alone. It’s up to us to break the cycle and leave behind catty traditions. They’re intimidated by us enough as it is.