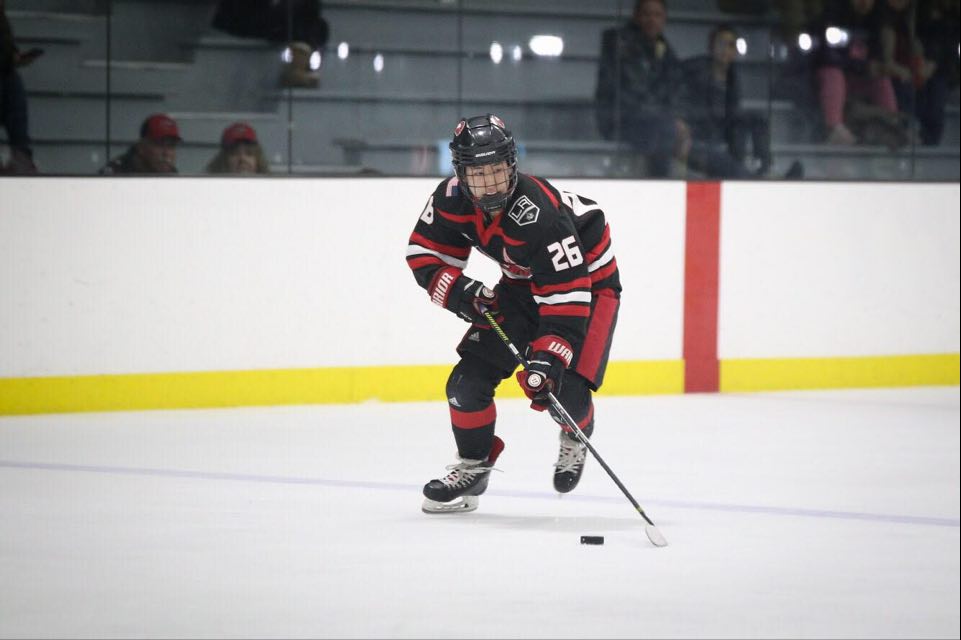 Playing hockey since age 7, Wong has found his passion and a tight-knit group of friends.

Brian Wong wobbled on the ice. He had just joined the West Valley Wolves hockey team. He pressed forward, slowly gaining momentum, and glided across the rink. The junior didn’t know it yet, but this sport would strengthen his bonds with his family and also grant him a completely new one.

Coming from a line of hockey players — his father played roller hockey and his older brother ice hockey — Wong was destined to follow suit. On the rink, he discovered an entirely different world. From something as simple as the stark temperature shift to a personal means of escaping his dreary everyday life, Wong immediately realized his passion for the next decade, and hopefully, the rest of his life.

While he bonded with his brother and father over watching their favorite team, the Winnipeg Jets, Wong found another family on the ice. With few able to relate to Wong’s passion for hockey, his teammates on the Burbank Cougars became some of his closest friends, before becoming his second family. Their bond is inseparable, whether they are at their favorite teriyaki chicken spot, playing cards, or just sitting around and conversing.

“[Hockey] is a nice way to build friendships that last a long period of time,” Wong said. “We enjoy being around each other. My hockey [friends] are more outgoing and goofy, but when it comes down to the game, they are always ready to focus and win.”

Wong’s hockey team offers a greater flexibility than most high school sports, with only two mandatory practices per week. Despite the smaller commitment, Wong continues to push himself further to maintain his training, putting in dozens of extra hours at the rink each month.

“[Hockey has] a really relaxed schedule, so you get to make it what you want it to be,” Wong said. “You don’t ever want to let your team down. Since the team is your family and you want to make them proud, you try your best all the time and make yourself better.”

Wong’s desire to improve himself has reflected itself in his performance. He worked his way up to be one of the Cougars’ top offensive players and team captain. As he improved, the Cougars also climbed to the top. The team won the Los Angeles Kings High School Hockey League title for the first time in club history this past Sunday and will advance to state competitions in April.

Wong aspires to play competitively at the collegiate level, but he knows that it won’t be his future. Still, Brian Wong loves the cherished family that hockey has brought him and he is ready to go wherever it will take him.