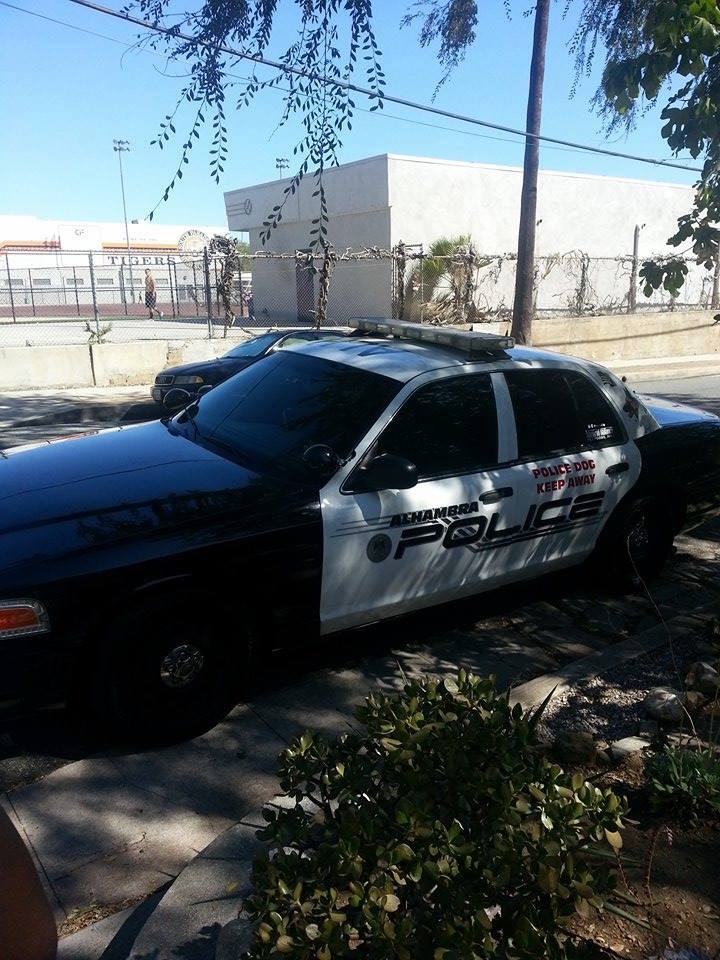 After announcements at 1:40 p.m. by principal Janet Anderson to “stay vigilant” and to not worry about the circling helicopters, there was police presence blocking Bank St and Meridian Ave. Police forces from Alhambra, San Marino and Monterey Park were brought in with canine units. One of the police cars had a man in the back of the car, presumably arrested. This developing news will be updated as more information is validated.