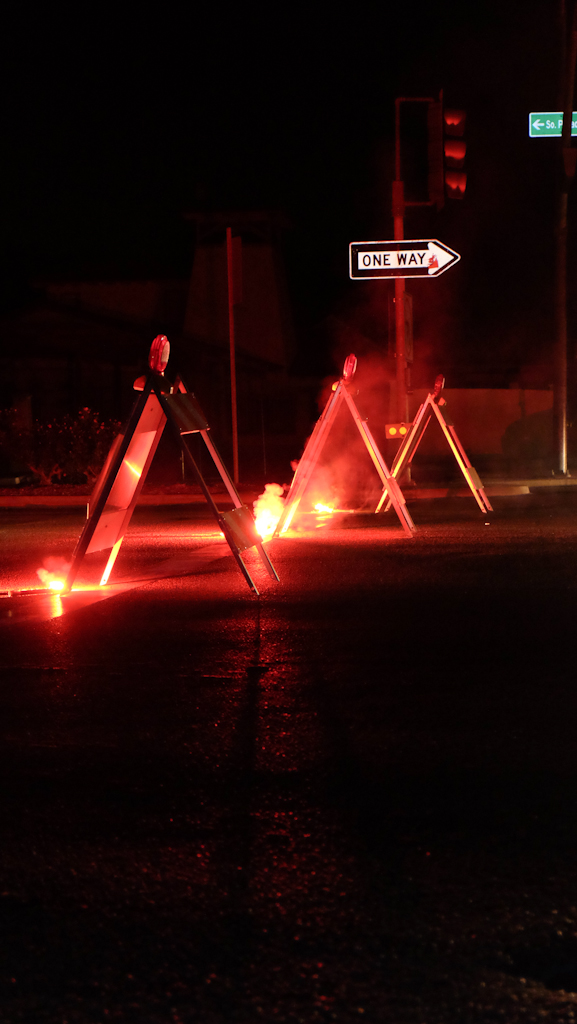 At around 9:20 PM on Tuesday evening, a power transformer suddenly blew at 926 Garfield Avenue, Alhambra, cutting power off for numerous Alhambra and South Pasadena residencies.

The explosion set fire to a wooden pole and a nearby tree. The fire soon spread to the garage of an adjacent apartment complex, damaging both the garage and a parked car. No structural damage was sustained to the apartment complex itself, and no injuries were reported.

“They had a high voltage transformer explode,” Alhambra firefighter Tom Phelps explained. “The fire itself took around 15 minutes [to put out].”

There was a great sense of uncertainty regarding when power would be restored to the surrounding communities. However, numerous Edison International trucks were spotted around the scene of the blown transformer.

“[The power] is in Edison’s hands. It could be a matter of hours or it could be out all night,” Phelps said.

As of 10:30 PM, the residences of 926 Garfield Avenue were not allowed back into the apartment complex.

“We were inside and the lights started flickering,” said Tara Meza, a resident of the Alhambra apartment complex. “We heard some crashing and then I saw a red light outside. They said they will be working on the power all night so most likely we’ll get the power back tomorrow but we don’t know for sure.”