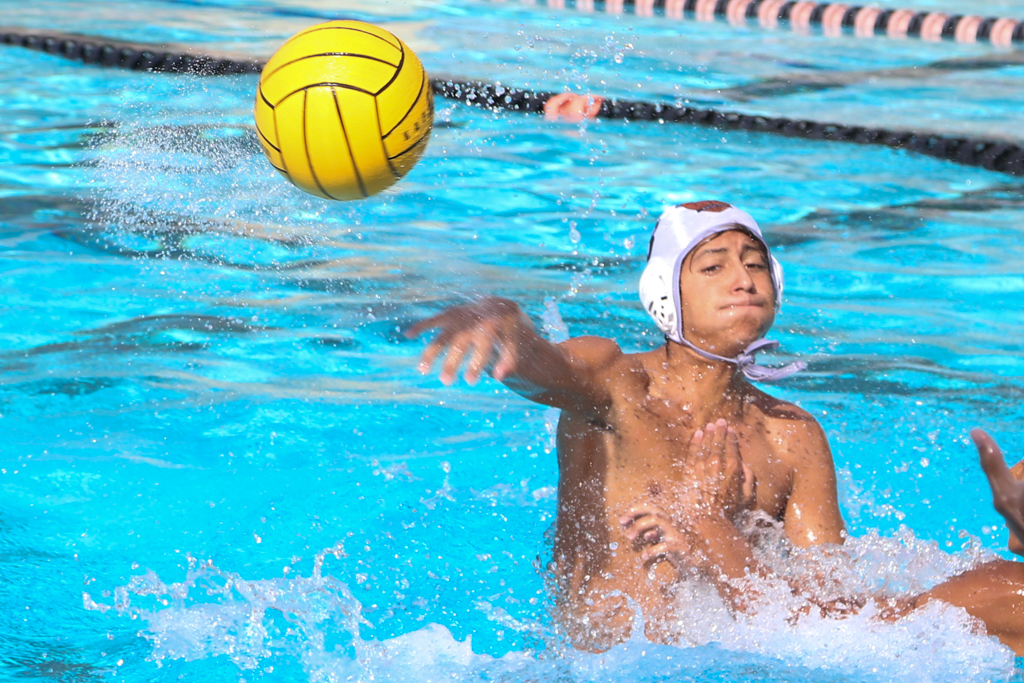 The team's five freshman, including Maven Palacios, played a huge role in their deep postseason run last year. Now sophomores, they will provide the bulk of the squad's scoring.

After a successful 2017 season, boys’ varsity water polo will continue its quest to place first in league and move up in the ranks of CIF. With its consistent play and teamwork, the team is determined to repeat the success from last season and carry their momentum into the postseason.

After the Rio Hondo League, they advanced to CIF with a number of unlikely upsets, including a close-fought win against Santa Monica. This victory extended their winning streak and marked the highest point the team has ever reached. Unfortunately, they were defeated 8-6 by Redondo Union in the semifinals.  However, with the experience they gained, the team has high hopes of greater success in the upcoming season.

Since five valuable seniors have graduated, the team will have to cope with substantial loss. However, the addition of new talent and the return of key players has kept the team confident and optimistic about this new school year. With a year of experience under their belts, the incoming sophomores can benefit the team with their experience in the field and a well-prepared game plan for beating their opponents.

“I think the team performed better than I anticipated last season, and with the incoming freshmen, I believe we can do better this season and achieve our goals,” says senior Joshua Lee. “This includes the team advancing further into CIFs.”

The team will start off its preseason with two home games, one against Flintridge Prep on Wednesday, August 22 and the other against Montebello on Friday, August 24.