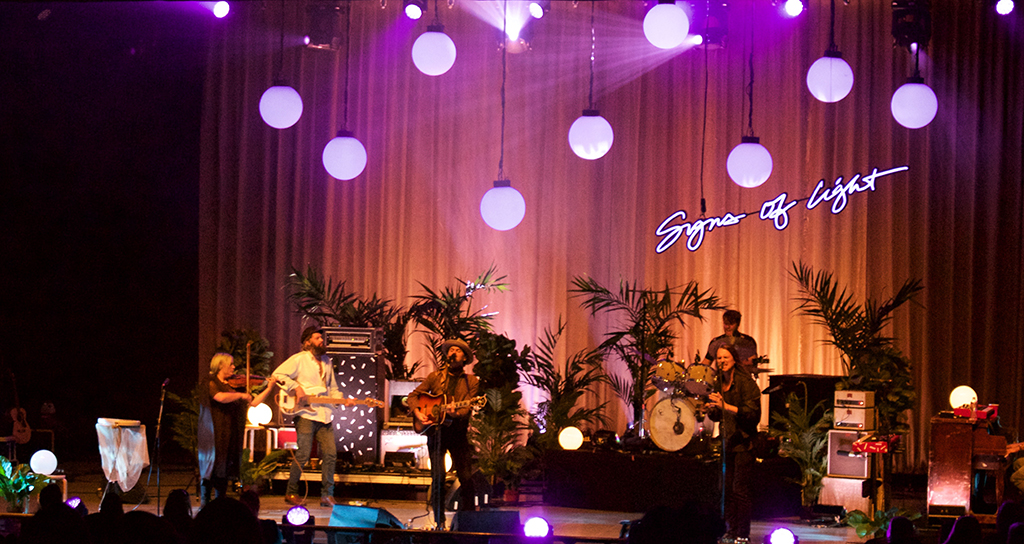 Fans of all ages enjoyed the melodic sounds of the Washington band, The Head and the Heart on a brisk Friday night. The concert was held at the Greek Theater on October 7th. Notably missing from the band’s lineup was vocalist Josiah Johnson who has taken a hiatus from touring.

The show opened with the strumming of a guitar and a standout performance from Swedish artist “The Tallest Man on Earth” (Kristian Matsson). Despite his origins, Matsson’s indie music has hints of a southern twang. His powerful voice was accompanied by folksy instrumentals that soothed the audience but also held spurts of energy.

The Head and the Heart continued the night with an impeccable performance. The band captured the attention of more than 5,000 attendees with their diverse sound, with some members switching instruments as many as three times throughout the 20 song set.

The Head and the Heart’s live performance was far more animated than their studio albums. While “Let’s Be Still” and “Signs of Light” are great albums in their own tamed nature, the band brought vibrancy on Friday night to songs like “Color” and “Turn it Around” with increased percussion and more emotional vocals.

It was easy to see why their music brought young and old together. The band’s thrilling setlist provided comforting tunes on a cold night and left the audience craving for more.