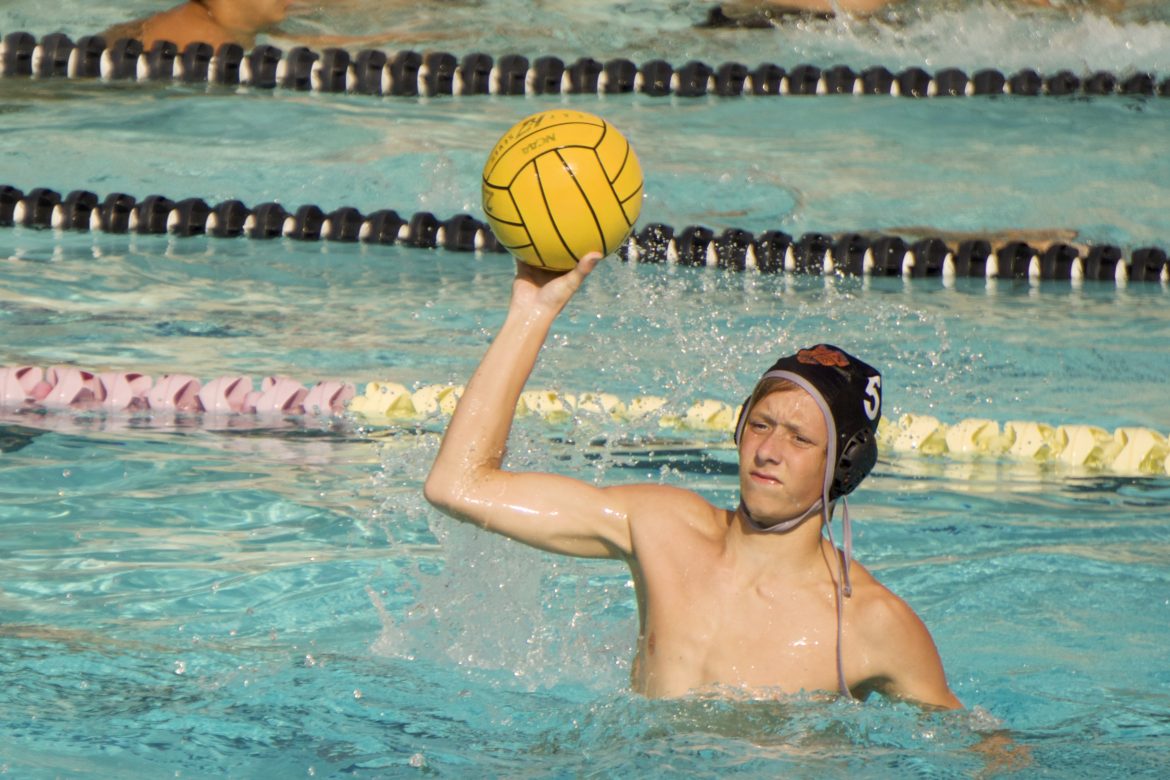 The Tigers began the match with a 3-0 run and rode that momentum to a victory.

Senior Evan Kowal scored the first goal a mere two minutes into the game, setting an optimistic precedent. Riding on this momentum, sophomore Blix Hadsell-Florin attempted to maneuver a tricky shot from the side of the pool, but Hoover stole the ball. Shifting to defense, the Tigers shut the Tornadoes out as junior goalkeeper Liam Markus deftly blocked a series of tough Hoover strikes. After a fierce struggle in the middle of the pool, a foul was called in South Pas’ favor. Junior Maven Palacio calmly made penalty shot, bringing the score to 2-0. Hoover continued to assault the South Pas goal with powerful shots, but Markus deflected them all. The Tigers quickly countered and found an open B. Hadsell-Florin, who scored one before the end of the first quarter.

In the second quarter, the Tornados upped their game, playing a more aggressive offense. Their new tactic enabled Hoover to finally score their first goal. Shortly after, they aimed another calculated shot that, despite his best efforts, Markus was unable to block. But, South Pas refused to be kept down for long and pulled ahead, 4-2. Hoover was determined to keep up and scored another goal, eating away at the Tiger’s two point lead.

The third quarter started off with a rocky start, with the Hoovers tying it up before the Tigers had a chance to play offense. Markus’ consistent defense kept the Hoover shots at bay long enough to give Kowal an opportunity to shoot. The senior misfired, but junior Eddie Lane-Flanigan collected the rebound and quickly found the back of the net. Lane-Flanigan would score again  and the Tigers entered the final period with a 6-4 lead.

At the start of the fourth quarter, both sides traded scores. After sophomore Owen Imasaki responded with a fantastic score, the Tigers found their rhythm, playing an unbeatable combination of ironclad defense and fierce offense. Sophomore Eagan Hadsell-Florin scored the Tigers’ final goal of the game. Despite conceding two more points, the Tigers outlasted the Tornadoes, winning the match 10-7.

“After a great job and an intense effort in the Santa Barbara tournament this weekend it was difficult to have to play a game so soon after. Even though it wasn’t our best performance, I’m proud of the team for getting a win and I look forward to playing better and beating Damien,” Kowal said.

Boys water polo will be facing off the Damien Spartans in a home game on Wednesday, Sep. 11.