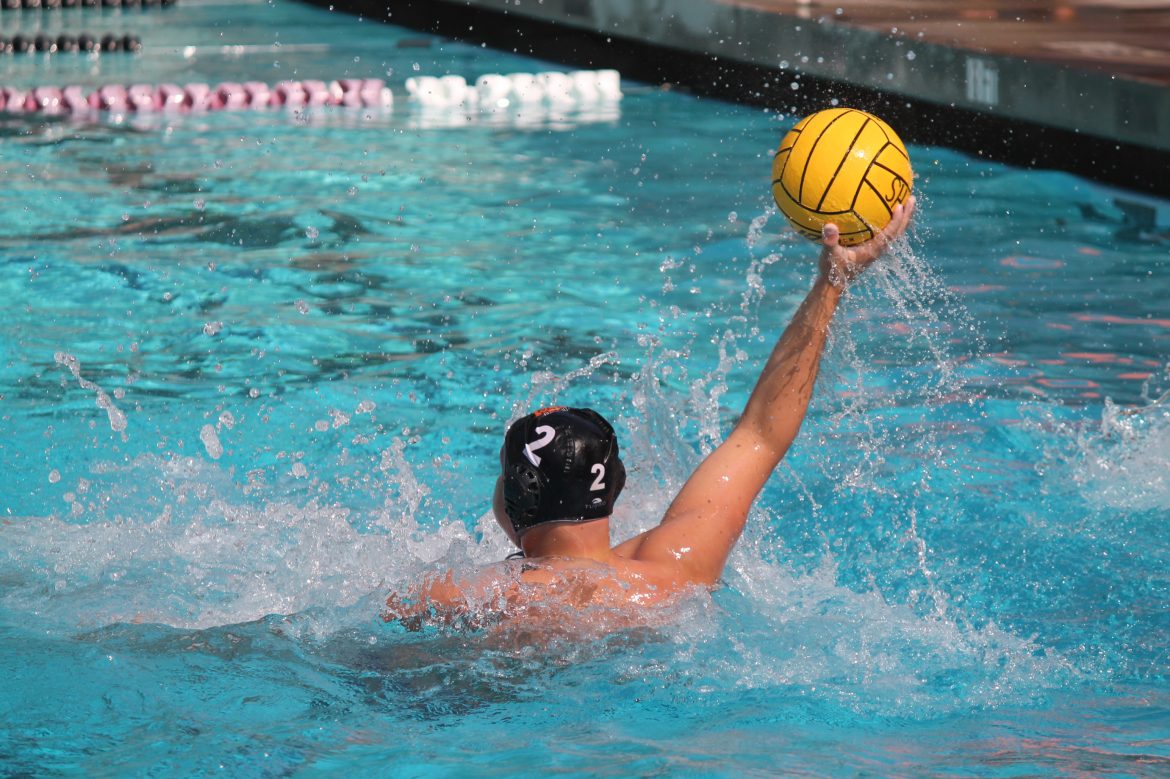 The Tigers rode a comfortable lead for a majority of the game.

Boys water polo demolished the Hoover Tornadoes 17-7 at their first game of the season on Tuesday, Aug. 24. The Tigers explosive teamwork and post-COVID confidence led them to maintain a substantial lead throughout the game.

Hoover wasted no time darting the ball between their players, and the Tigers were quick to adapt and swiftly intercepted the ball.

Senior Will Michels scored the first goal of the game via a skip shot bouncing off the water into the goal. However, Hoover’s worthy opposition also scored two goals in the first quarter. Freshman Theo Hilger tied up the scores and senior Blix Hadsell-Florin broke through Hoover’s defense to score, putting them one ahead. The Tornadoes attempted multiple shots that were quickly foiled by senior goalie Ellis Cho. A meagerly paced first quarter led South Pas to a 4-2 lead.

Upon the initial second quarter horn, the Tornadoes gained control but senior Egan Hadsell-Florin slipped through Hoover’s offensive front and scored off a pass from his brother Blix. The Hadsell-Florin duo continued on as Blix scored three more goals in the second quarter, leading him to be the highest scorer of the game.

Senior Lucas Abrahamian broke away on a turnover and fired right past the keeper. Moments later, senior Troy Elsner fought for the ball and swam to follow it into the 5 meter line and received a penalty shot — which was left uncompleted.

As the second quarter came to a close, South Pas sat at a comfortable 10-2 lead, with the Tornadoes scoring no additional points going into half.

Rejuvenated after half time, Hoover made their way into the net three times, but this confidence was short-lived.

Blix Hadsell-Florin, Hilger, and Abrahamian exchanged the ball attempting to score but waiting too long led to a turnover. Nonetheless, Abrahamian ended up scoring on a penalty shot. Blix drove into the 2 meter line and swerved the ball past the goalie into the net.

By the end of the third quarter, the Hoovers were trailing with 5 points compared to the Tiger’s 12.

The fourth quarter was slower-paced compared to the past two but substantial scoring, nonetheless. It gave the Tigers an opportunity to parade their teamwork skills as many successful passes led to charges towards the goal.

Senior Kaden Ho, while fighting off Hoover’s defense, swiftly passed to Blix, who, as a testament to South Pas’s astonishing cooperation, shot right past Hoover’s keeper. The Hadsell-Florin brothers continued to pass seamlessly back-and-forth until Egan drove the ball into the corner of the cage. Abrahamian was included in another Hadsell-Florin back-and-forth, resulting in an effortless backhanded shot into the goal. He continued to score, leading the Tigers to a mighty 14 goals. Three more were scored over the rest of the fourth quarter ending in a 17-7 victory.

As the game wrapped up, Hoover broke away and was able to score two more times, including a penalty shot, but were unable to catch up to the Tiger’s 10 point lead.

“I felt very exhilarated and excited about taking a scoring opportunity for my team,” Elsner said. “The nerves were high but once we got into the water, things got together.”

The Tigers will challenge La Serna in a home game on Tuesday, Sep. 14.