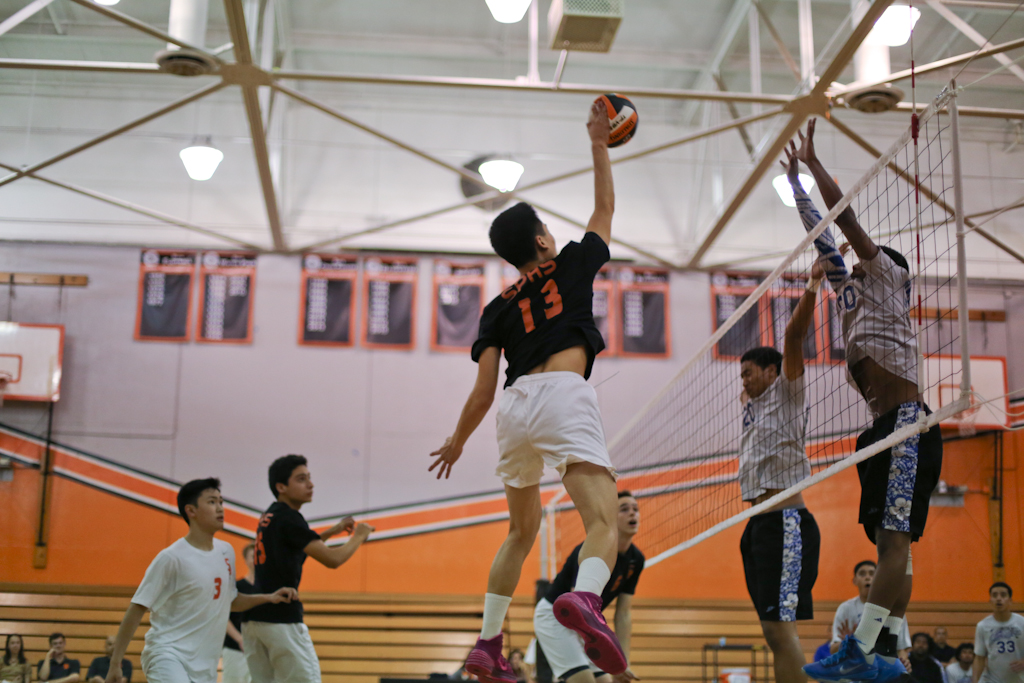 Senior Greg Luck made an immediate impression on the La Salle Lancers with four kills in the first set. The Lancers were unable to develop a counter against Luck and were hampered by his repeated kills the entire match. Tough defensive digs by senior Alex Nakagawa and Scott Kawakami kept the ball in play for South Pas, with the Lancers attaining most of their points mainly from Tiger errors for a set score of 25-14.

South Pasadena showed no signs of slowing down in the second set of play. Junior Gunther Vaden kept the Lancer hitters at bay with strong blocks to continually rack up points for the Tigers. Sophomore Cole Schroeder tallied up two consecutive aces to maintain the team’s dominance against La Salle and allow South Pas to gain their second win with a score of 25-14.

Luck and junior Matt Scholtz kept La Salle down in the third set with kill after kill. From here, coach Benjamin Diaz put in the Tiger reserves to gain valuable game experience and finish off the Lancers with a final score of 25-12 and effectively routing La Salle in three sets.

The Tigers next match will be up against Santa Fe High School on Friday, March 4 in the Redondo Union tournament. South Pas will also be facing off against Santa Margarita and North High, with the first team to two set victories moving on in the tournament.