Boys volleyball stumbles on the road against Camarillo 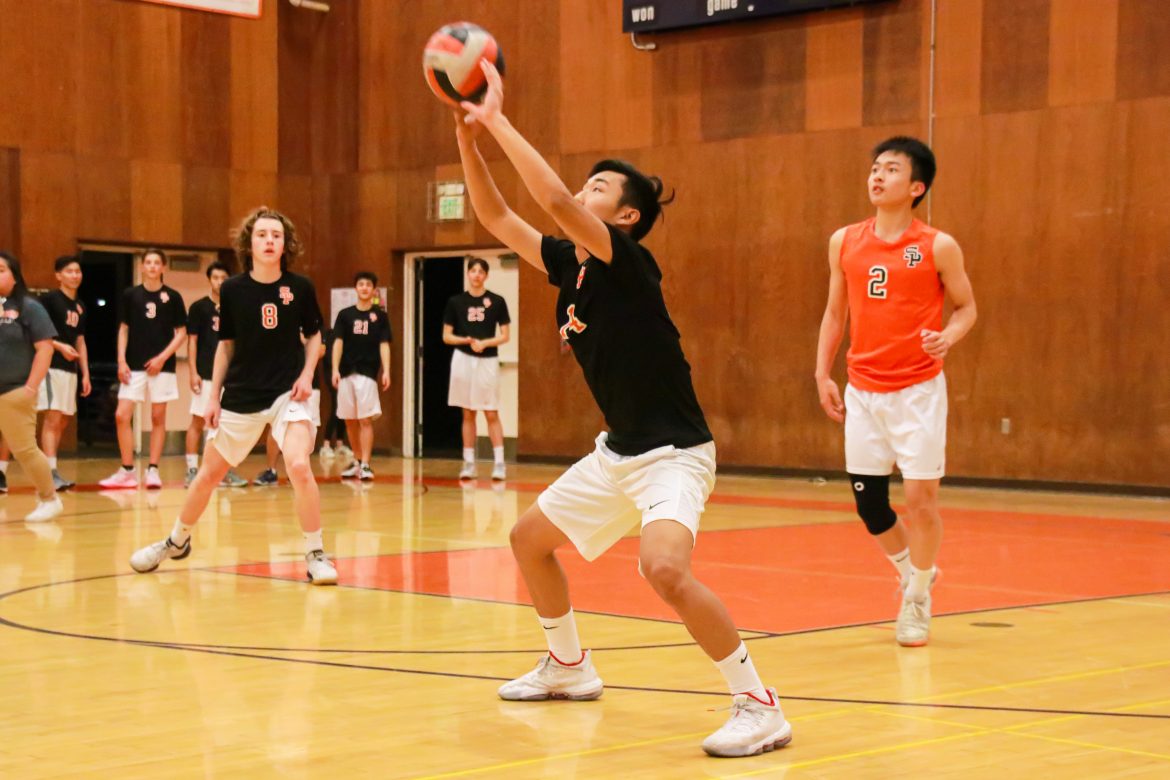 Despite a rocky 3-4 record, the Tigers have played multiple highly-ranked teams and hope their rigorous preseason schedule will aid them in the Rio Hondo League.

The boys volleyball team faltered against the Camarillo Scorpions in three sets on Thursday, Mar. 5. South Pas was unable to match the tenacity of its opponents, causing sluggish responses in return and an early downfall with its defense. The Tigers now sit with a 3-4 preseason record.

South Pas buckled defensively at the start of the first set; the Scorpion’s grand onslaught of attacks  took the Tigers by surprise. Poor communication and inaccurate passes would plague South Pas until junior libero Colin Sheng picked up the defensive intensity.

Under Sheng’s lead, the team ultimately came together to keep rallies going and the Tigers finally gained an edge against their opponents after freshman Aidan Hilger’s aces caught them up in speed. The rest of the set proved to be neck-and-neck, but several unlucky shots nearing the climactic end put Camarillo on top, 30-28.

The Tigers saw a marked improvement in the second set, but crucial defense errors would end up costing them a win. Having adapted to the intensity of their opponents in the first set, senior Scott Ishikawa earned the team its first point after a powerful kill. Camarillo, however, maintained its momentum and scored evenly with the Tigers as the set progressed.

South Pas pushed forward with an energized and combative manner even without a significant lead. Senior captain Dylan Schreibfeder performed two slam downs that kept Camarillo on their toes and junior Nolan Call’s blocks and kills finally gave South Pas a four-point lead. Unfortunately defense would start to slip, allowing for Camarillo to edge its way into an upset 29-27 win.

The third set was another rollercoaster of ups and downs for the Tigers. Junior Amari Latham and Ishikawa’s kills allowed the team to remain within reach of the Scorpions. Then, South Pas lost its opportunity to advance as sloppy plays halted its scoring. Even with a minor comeback towards the end, it would prove to be too late and Camarillo would take home the final win with a set score of 25-22.

“We’ve been playing a lot of the best teams in Southern California, one of which being Camarillo. By competing against the best, my hope is that our team will realize the competition in the Rio Hondo League isn’t as daunting as it seems,” Schreibfeder said.  “We should easily secure another league championship title. Although we lost, we put up a convincing battle against Camarillo that our [RHL] opponents should respect.”

The Tigers hope to avenge themselves with a win at St. Monica Catholic on Tuesday, Mar. 10.