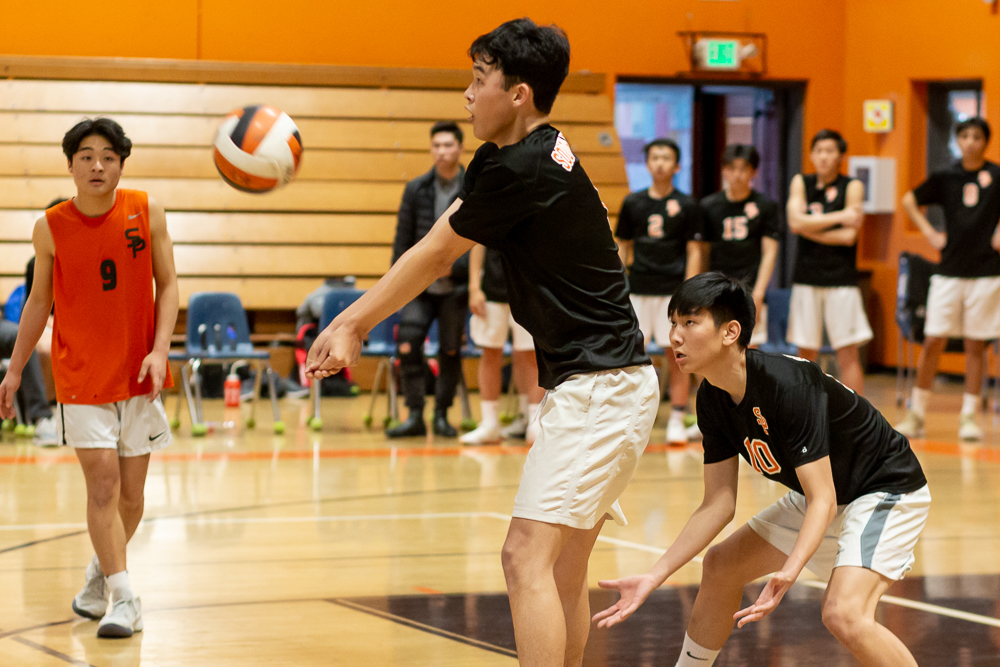 With sound communication and accurate hits, the Tigers emerged victorious, improving to 1-1 in league.

The Tigers defeated the Temple City Rams, 3-2, in their second league game at home on Tuesday, Mar. 19. Although Temple City put up a good fight, South Pas outplayed them in almost every aspect. The Tigers now hold a 1-1 league record.

The first set started as an even match between the Tigers and the Rams. Senior Paul Pan won a sufficient amount of points for the Tigers along with senior Jason Barrientos who put up many blocks. Senior and usual libero Addison Hsiao shifted to outside hitter and claimed several points for the Tigers, however this was not enough for the Tigers to win the first set. The Rams consistently made hard hits that the defense could not control. The team ended the set with a 25-23 loss.

South Pas came back to defeat Temple City in a close but well-deserved win in the second set. Senior Evan Chee continuously made kills and blocks, while Pan was on top of his game and constantly sank balls onto the Rams half of the court. With little resistance from the Rams, the set ended in a 25-23 win for the Tigers.

The Tigers’ third set victory was due to all of the blocks put up against the Rams’ hits. Junior and middle back Dylan Schreibfeder blocked hit after hit with assistance from senior Scott Ishikawa. Ishikawa also claimed many of the points for the Tigers. With Hsiao back as libero, the court was covered at all times and receive went well. The Rams were no match for Tigers and South Pas won the third set, 25-16.

Although the same key players worked hard to keep the score close between the Tigers and the Rams in the fourth set, there was not enough communication on the court, which allowed the Rams to capitalize on the Tigers’ mistakes. Even with though Schreibfeder and Barrientos made efforts to defeat the rams by constantly blocking the ball, the Tigers were not strong enough. South Pas lost the fourth set 25-19.

The fifth set was a quick and painless win for the Tigers. With an improvement in communication, the Tigers play improved all around. The Tigers made great digs on every ball and made kills on almost every hit. The Rams could not keep up to their superb play, or handle Pan’s kills. The Tigers won the fifth set 15-11, taking the whole game.