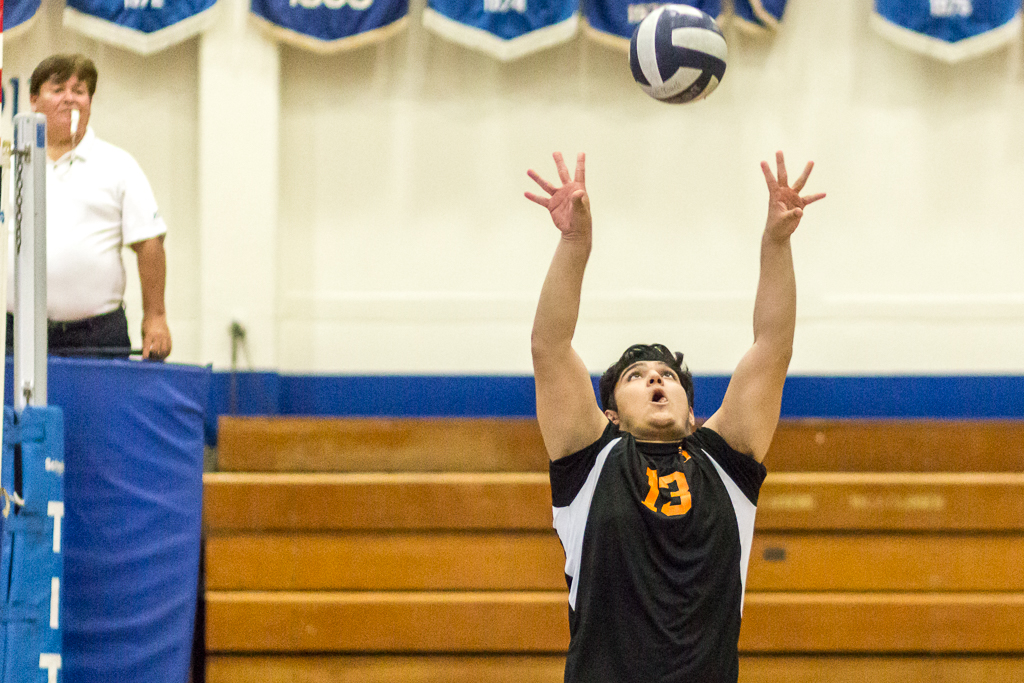 Senior Fernando Sornoso reaches for the ball in the second half, a critical play considering the Titan's swiftly acquired head start.

Boys’ volleyball suffered a tragic 3-1 defeat at the hands of rival team San Marino in an away game on April 10. The Tigers were able to fight the league-leading Titans for four sets before eventually falling behind.

The Tigers suffered from early mistakes in their first set. The slow start allowed the Titans to gain an early lead and maintain it for most of the set. South Pasadena attempted to come back with kills from seniors Cole Schroeder and Kyle Woo, but San Marino remained ahead, winning the first set. Unfortunately, the Tiger’s could not shake off their slow start in the second set, essentially repeating the earlier outcome. Soon San Marino was up by two sets. 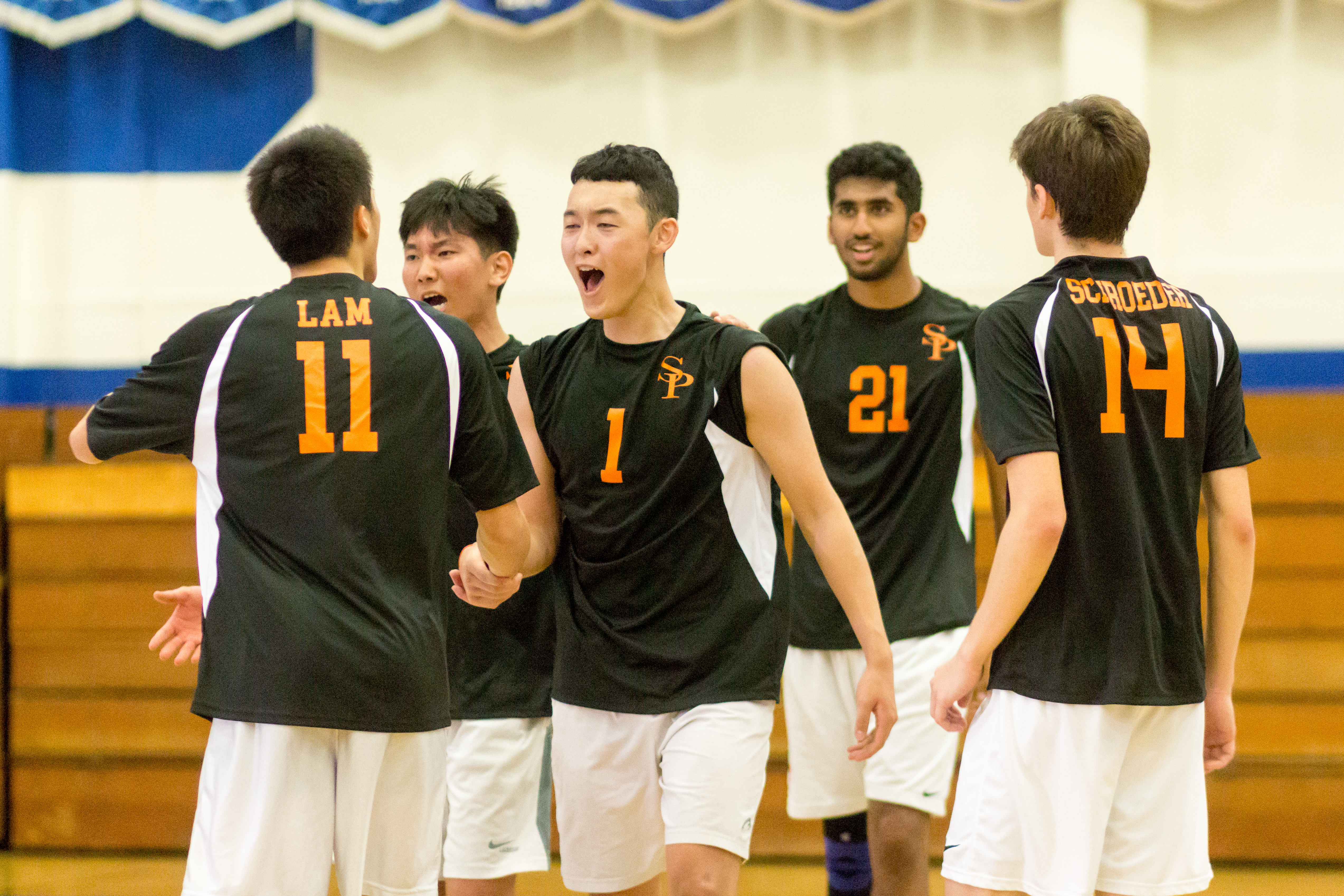 Desperately fighting to stay alive, the Tigers began to turn things around in the third set, playing with a stronger sense of urgency and striking back against the Titans. Junior Paul Pan proved to be a strong competitor, scoring four points in a row late in the set.  The Tigers took the third set to stay alive.

Now that the Tigers had regained their composure, their showdown against the Titans in the fourth set was much stronger. Both teams exchanged blows rapidly, remaining close together on the scoreboard for the beginning of the set. However, the Tigers were not able to maintain this level of production. Losing their momentum, the Tigers fell behind again and were unable to come back, allowing the Titans to win the set and the match.

This loss puts the Tigers in fourth place in the Rio Hondo league, behind San Marino, Temple City, and La Cañada with a record of 1-2. That being said, the team has fared much better out of league with a record of 15-9. The Tigers next match will see them face La Cañada at home on April 12.