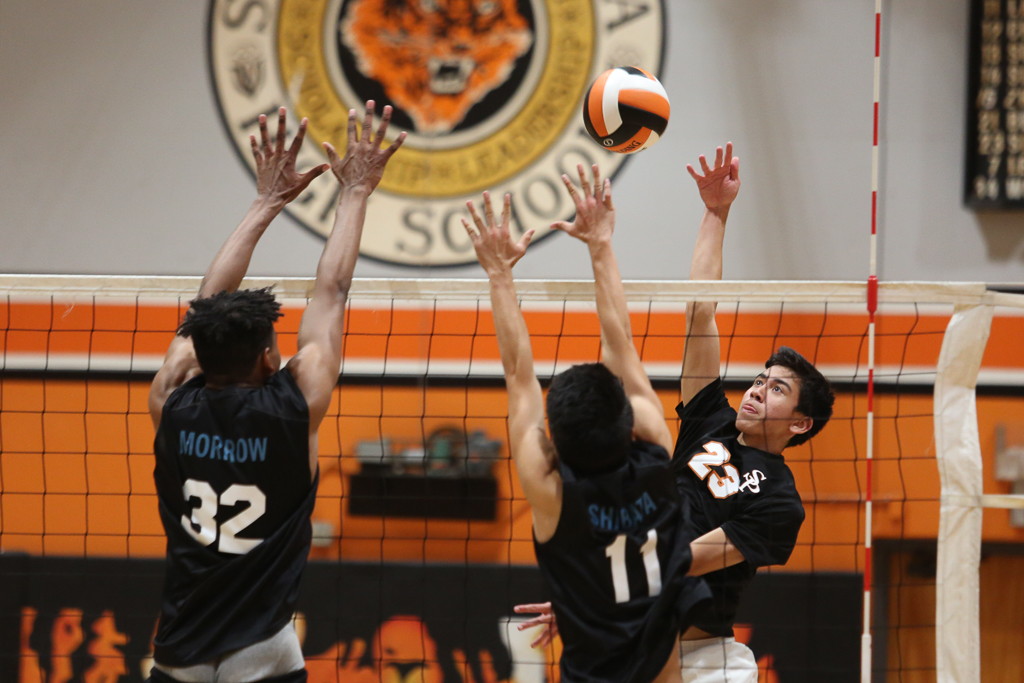 Boys’ volleyball ended its campaign for a CIF title on Thursday, May 11, after falling to the second-seeded Santa Monica Vikings. Playing as the underdog, South Pas’ sheer tenacity and will to win kept each set close. Unfortunately for the Tigers, Santa Monica prevailed in the most pivotal, clutch portions of the game, to silence a large, spirit-filled South Pas fan base. They lost in three narrow sets, with scores of 26-24, 27-25, and 25-22.

Fiery strokes which disemboweled many league foes in the regular season had little effect on Santa Monica, whose effortless reception often acted as a six-headed dragon. At times, when senior Matt Scholtz would drive a ball off the hands of his opponent, another would quickly improvise to pick up his slack, and return the ball forcefully to the Tigers.

Despite seeming outmatched by Santa Monica’s reception, South Pas players used emotion-filled rallies, often contrasting scrappy play with raw power on the outside. As South Pas spared with its rivals, the opponents seemed to be matched evenly, with the score often running in favor of the Tigers early.

“I feel great about how we played.” said Vaden. “Even though we didn’t win, we were still able to put up an amazing fight. Overall, it was a great season and I’m so proud of how we did against Santa Monica.”

South Pasadena’s blocking was solid up front, constantly disrupting Viking spikes and slowing the ball down for their back line.

In times of need, players like senior Gunther Vaden and Lucas Fox stepped up, with shifty kills and clutch blocks. Senior Joseph Bu and junior Kyle Woo each contributes with big supplementary performances, which helped South Pas to maintain its presence on the back line.

Their first and second sets were played in a similar fashion, back and forth, with momentum never being fully seized by either school. Only in the last fleeting moments of each set was a clear winner decided, which, unfortunately for the mighty Tigers, happened to be their adversary.