Boys’ volleyball holds on for win against San Marino 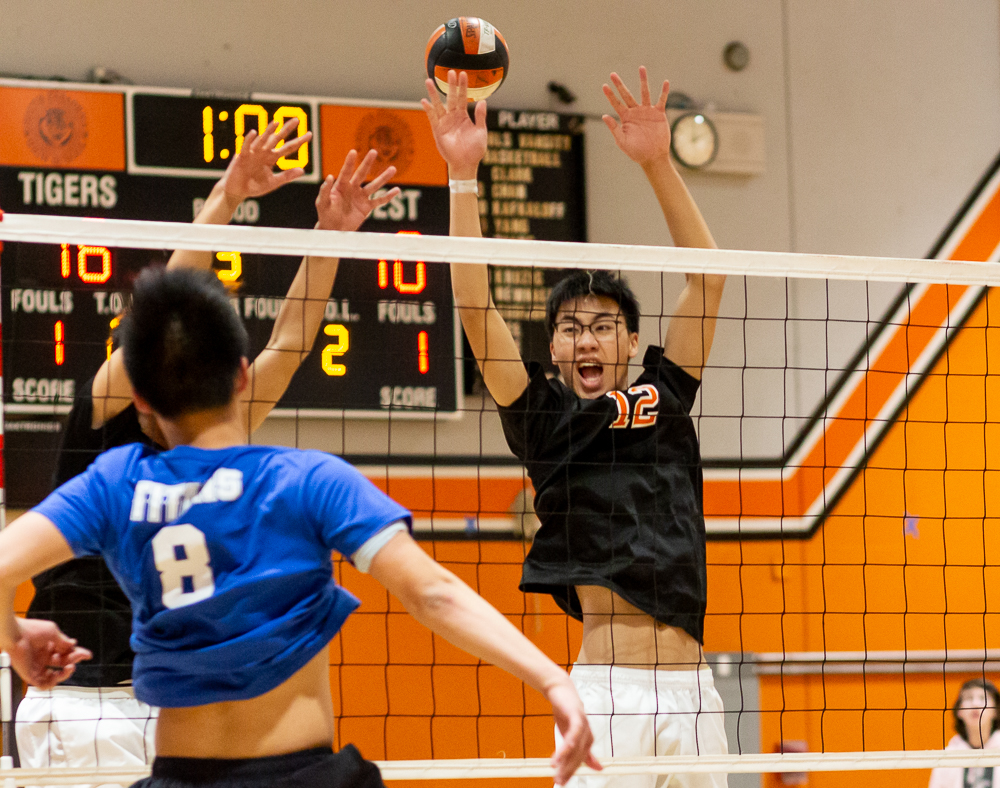 The Tigers improved to 4-1 in Rio Hondo League play with their win over San Marino.

Boys’ volleyball beat the San Marino Titans in five grueling sets at San Marino on Tuesday, April 9. Although the Tigers and Titans were evenly matched, South Pas was hungry for a win since it previously lost to San Marino at home.

In the first set, senior libero Addison Hsiao was on top of his game by constantly digging the ball and assisting hitters such as seniors Jason Barrientos and Paul Pan. Barrientos and Pan shared the spotlight by gaining numerous points for the Tigers during the first set. South Pas finished the first set with a 25-23 win against San Marino.

The third set was a sloppy one for South Pas. With a combination of weak hits and sloppy passes by the Tigers, San Marino kept the score extremely close and eventually took the whole set. Despite their unfortunate loss, junior middle Dylan Schreibfeder gained points for the Tigers with his strong blocks and kills. The set ended in a 26-24 loss for the Tigers.

Just as in the third set, the Tigers failed to finish the Titans in the fourth set. South Pas lacked communication on its side of the court, which caused a series of bad passes and hits that were easily stopped by the Titans. The set ended 26-24 in favor of San Marino.

In the fifth and final set, the Tigers quickly redeemed themselves. Pan proved to be the hero of the set after gaining several points for the Tigers. South Pas defeated San Marino 15-11 and took home the whole game.