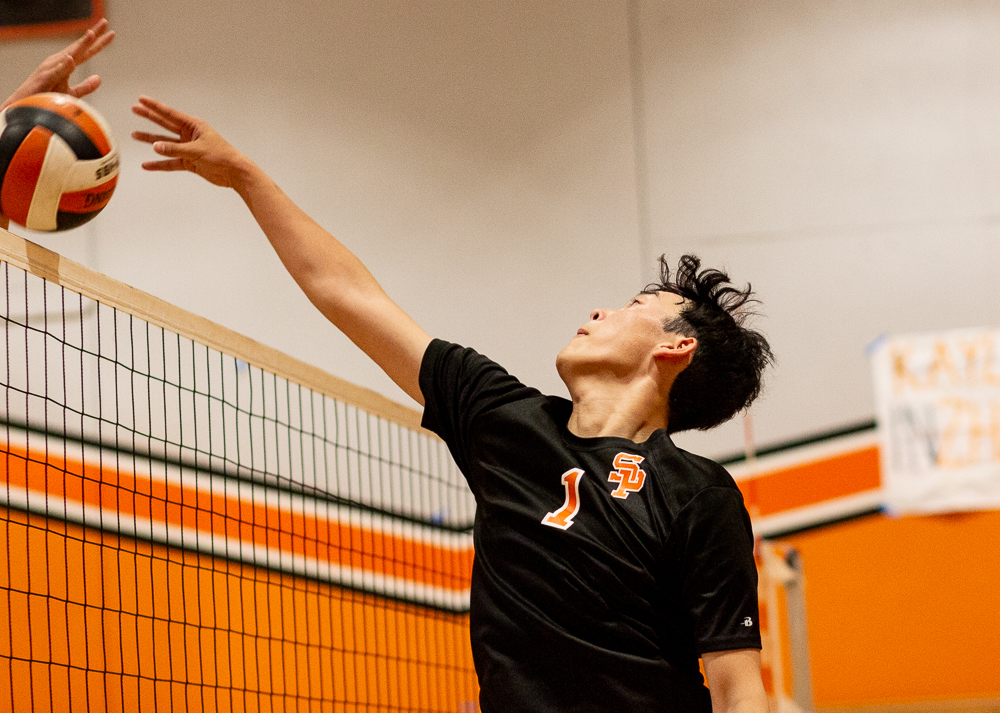 South Pas now jumps to first place in the Rio Hondo League standings with a 5-1 record.

The Tigers started off with a strong first set. As per usual, junior setter Tyler Lieu’s perfect passes resulted in many easy scores. Junior middle Dylan Schreibfeder gained numerous points with his powerful blocks and kills. South Pas played consistently throughout the first set, showcasing their strong skills and the set ended 25-18.

In the second set, South Pas kept their composure and continued to overpower Temple City in every aspect. Senior libero Addison Hsiao and junior Hanwul Choi consistently made great digs and passed the ball to Lieu, who not only kept on setting the ball, but also helped to block along with seniors Jason Barrientos and Evan Chee. Junior Scott Ishikawa even got in a few kills playing as a right side hitter.

Senior Matt Mayemura was the star of the final set. Not only did he make crucial blocks, but he also had a series of incredible kills that were unstoppable. Mayemura capped off his stellar performance by scoring the winning point for South Pas.