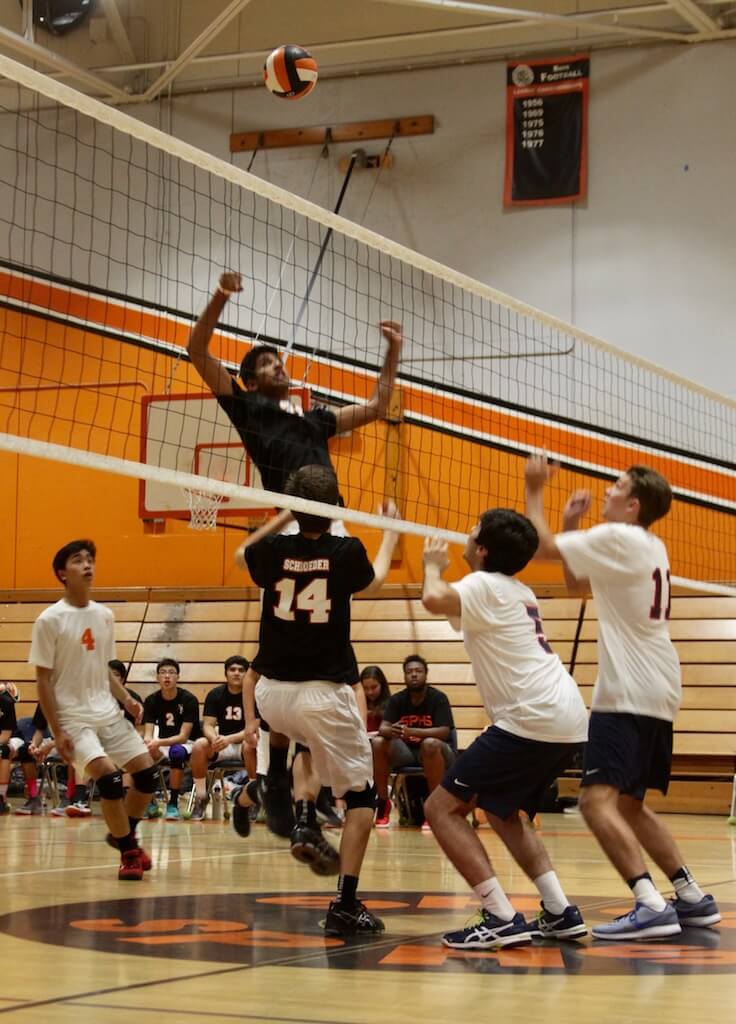 Boys’ varsity volleyball cruised to its fourth win of the season against the La Salle Lancers on Thursday, March 16. The three set win preserved South Pas’ perfect record while allowing the team to further strengthen its presence up front.  The home victory included three dominants wins, with scores of 25-16, 25-11, and 25-17.

South Pas showcased its stout athleticism and overwhelming power in their first set. The Tigers exposed La Salle’s’ subpar reception with vicious kills from senior Matt Scholtz and Gunther Vaden, who finished the match with twelve kills collectively. The team ruthlessly dismantled uncoordinated La Salle players, who often struggled to keep the ball in bounds. Junior Kyle Woo put on a show with multiple leaping kills, which often served as the culmination of many well-executed South Pas rallies. Scholtz brought heightened energy to the team, with a pair of stifling aces.

As the game progressed, South Pas’ front line continued to fortify with big blocks on the net.  Scholtz resembled superman, as he flew across the court, sending the ball hurdling between La Salle players.

South Pas silenced its inferior opponents swiftly, while leaving no room for possible contention. With momentum behind them, the team will seek to protect their undefeated season, against El Rancho at home, on Tuesday March 21.