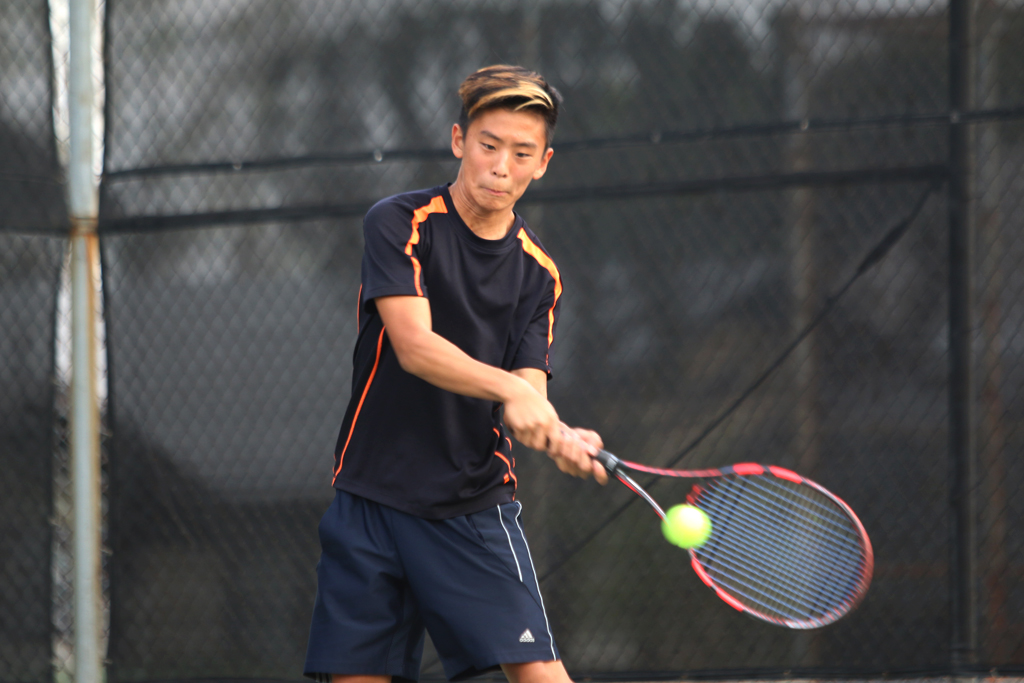 The South Pasadena High School boys’ varsity tennis team defeated Crescenta Valley High School Falcons in Friday’s matchup. With the win, the Tigers improved to 4-0 to start their season on a high note. Along with the 10-8 win versus the Falcons, the Tigers also defeated Alhambra last Thursday with a final score of 13-5, La Salle last Monday 17-1, and Flintridge Prep 10-8 the game before.

In Friday’s matchup, the Tigers met success in both the singles and doubles teams against Crescenta Valley, avenging the 2-16 loss to the Falcons from last year. Against Alhambra, both the starters and the second string players for South Pasadena were able to take all of the sets with relative ease. The weaker Alhambra team couldn’t compete with the speed of the quicker Tigers, allowing the younger players to earn valuable experience before league play. Sophomores Simon Stans and Nick Corvino both won their two matches 6-0, while junior Jesse Chen won two of his matches and finished the last one in a close 5-7 loss.

South Pasadena will now take a week to prepare for the next game versus Mark Keppel on March 15.

I feel like as a team, we’re all playing a lot harder because we definitely have a shot at CIF this year,” Gong said.