Home Featured Baseball comes from behind against Poly
FeaturedSportsWeb Exclusive 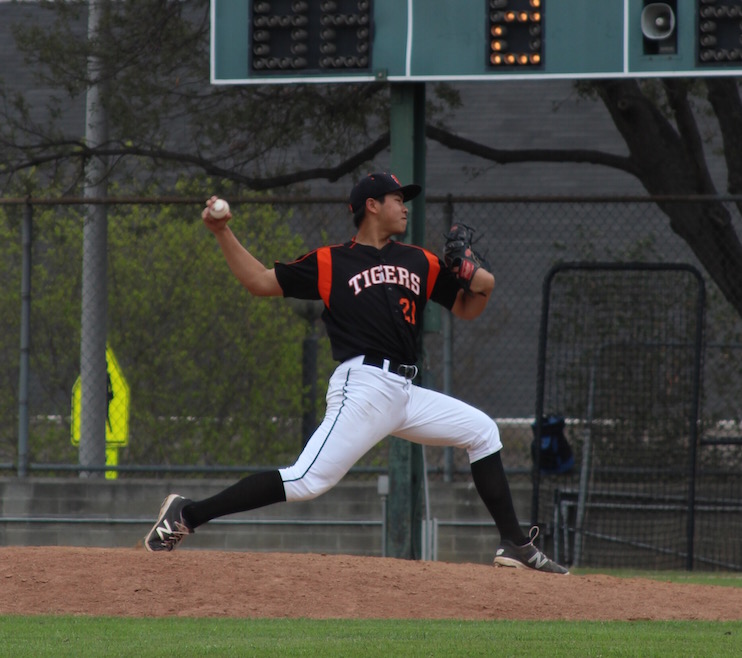 South Pasadena baseball came from behind to best Poly on their home field 4-3 on Saturday, March 5. The team’s flawless record is now extended to 4-0.

Coming of a hard fought win against Cathedral, the Tigers looked to continue their dominance in the preseason. However, the team would face its first major challenged after going down 1-0 in the first inning. This was the first time the Tigers had been losing this season, and placed much pressure on them to take the game from Poly.

South Pas set out to quickly overcome the deficit. Sophomore Matt Walker was hit by a pitch in the third to put a man on base. Then, senior Matthew Shults stepped up by producing a two-run bomb, the first Tiger homerun of the season.

On the mound for the Tigers was senior Brandon Louie. Poly was relentless with its offense, constantly earning hits off the South Pas ace. Louie tried to maintain the team’s lead, but Poly quickly fired back win two runs of their own in the bottom of the third. For the second time in the game, the Tigers saw themselves behind.

The game stalled out for the next few innings, with neither team’s offense stringing together hits. This changed however with an impressive Tiger rally in the sixth. Singles from Louie and Sophomore Jack Renken put men in scoring position. Poly’s pitcher began to falter, allowing two walks and serving up free hits for the Tigers to capitalize. South Pas came out of the inning up 4-3.

Louie proved his efficiency in closing out the game, only allowing one walk and one hit in the last two innings. The game would finish in the Tigers favor, 4-3.

“Overall I thought it was great that we showed that we were able to come back and get the win,” said Louie. “But the game should not have been as close as it was. We did not play very well and need to work on our defense.”