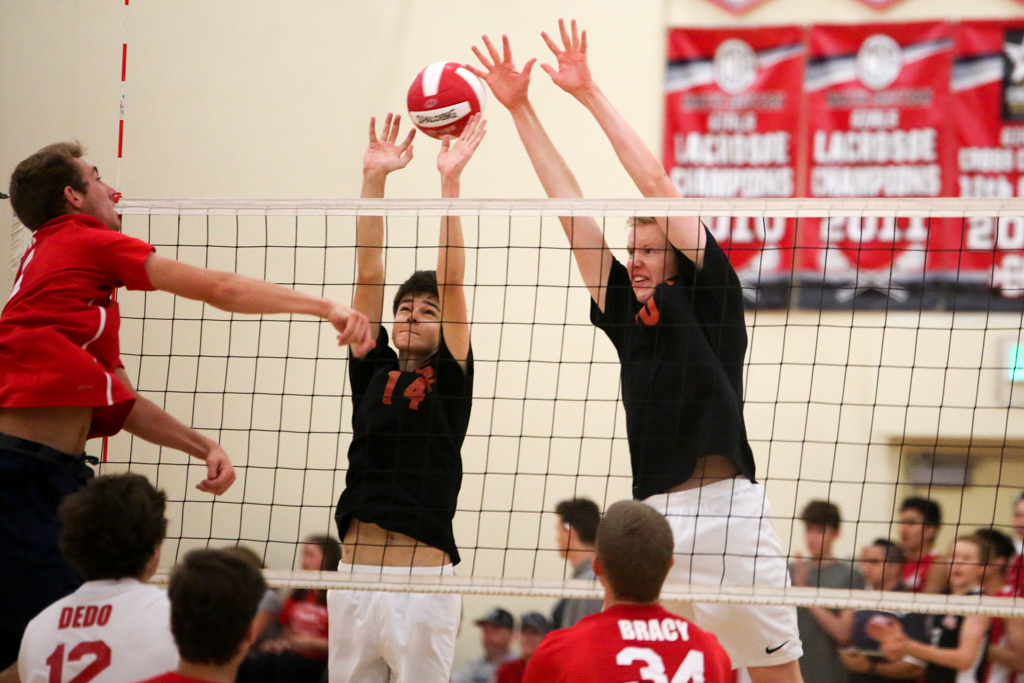 South Pasadena’s impressive overall record of 23-2-1 last year allowed the team to move up to CIF Division II, where the Tigers fell to Camarillo High School in the quarterfinals in four sets. The team’s only other loss came from a 2-0 set against Simi Valley in the preseason. Nonetheless, expectations are higher than ever as the Tigers traditionally have dominated Rio Hondo League and made a long CIF playoff run.

“I don’t think we were as prepared for the challenge on losing in the second round,” senior Greg Luck said. “We didn’t expect such a challenge but I think we can prove we’re ready this season and make a deep run in playoffs,”

Despite the loss of key players Richard Yu, Paul Novak, and Aydin Pasebani, the team is staying optimistic with its returning roster. The Tigers will also be forced to sideline star player Max Luck for half the season due to his tibia injury sustained during the football season in the fall.

The Tigers will look towards senior sensations Alex Nakagawa and G. Luck for leadership on the court. Juniors Gunther Vaden and Matt Scholtz will also play an integral role in the team’s offense and defense in the place of Max Luck.

“We’ve got strong center core players that we can all rally behind and we’ve all been working well in practice and games,” senior Scott Kawakami said. “We hope to go undefeated in league and take Rio Hondo League for the fifth straight year and do it with confidence and strong teamwork.”

South Pas opened the season with its first win at home against St. Francis High School. The Tigers claimed the first two sets with a score of 25-16 and 25-21 but couldn’t complete the rout in the third set and fell behind with a score of 25-15. South Pas recovered in the fourth round and secured a 25-21 victory over the Golden Knights.

The Tigers claimed their second win against La Salle High School after routing the Lancers in three sets of 25-14, 25-14 and 25-12.

“Obviously for us seniors it’s our last season and we all want to have fun,” G. Luck added. “Each and everyone of us just want to have a fulfilling experience this season.”

The Tigers first RHL matchup is scheduled against Gabrielino High School on March 24.