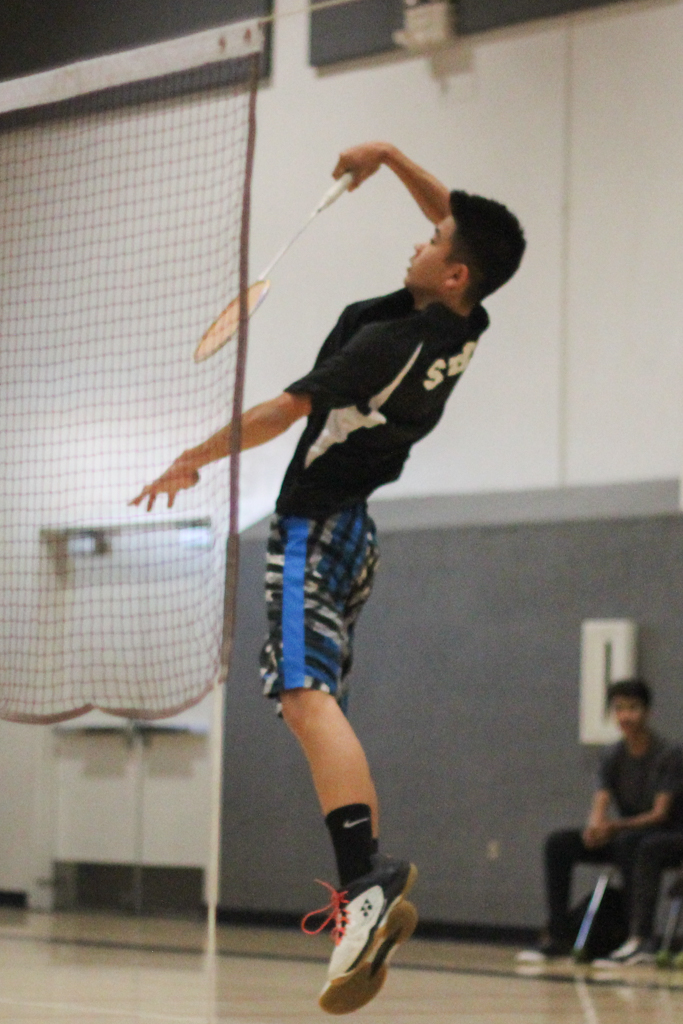 Freshman Andrew Cheung fends off a tough hit by an Aztec.

Badminton triumphed over Mark Keppel on Monday, April 9, emerging victorious by a score of 14-7. The squad shrugged off any spring break rust, with the solid performance maintaining momentum from their most recent game – a 15-6 pre-break win versus Mayfield. The victory boosts the team’s overall record to 5-2, setting the stage for a tough matchup against Arcadia on Friday.

As in past games, mixed doubles and boys singles played a significant role in the win: sophomores Charles Liu, Emily Choi, Jamilah Hah, and junior Steven Wu contributed a total of four victories, and Liu and freshman Jonathan Ng each added a pair of singles wins. Sophomore Joan Choi tallied two victories of her own on the girls singles court. Hah and E. Choi sealed the deal for the Tigers with two efficient girls doubles triumphs.

Badminton will next face off away at Arcadia on Friday, April 13. The Tigers fell to the Apaches 19-2 in the latter half of March.