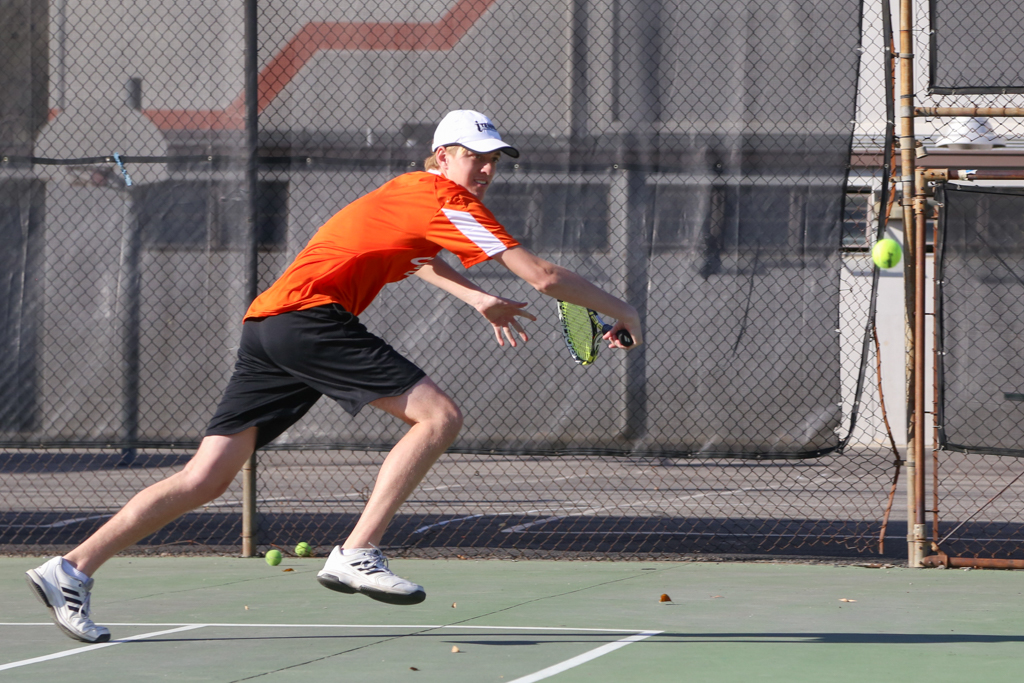 Boys’ tennis team lost 13-5 to La Cañada High School on Friday, April 13, at home. The team was outmatched by La Canada, and its league record fell to 1-4 while its overall record was pushed to 8-6.

The team won three matches in singles. Sophomore Desmond Chan, singles one, defeated two of his three opponents, garnering scores of 6-1 and 6-2. Singles two, sophomore Ben Pestana, won one match against La Canada, triumphing by a score of 6-1.

Only one doubles team, number three, managed to win games against La Canada’s impressive coordination. Juniors Alex Betts and James Dekle emerged victorious in two games, in their first 6-3, and the second 6-4.

The team will next play away against Temple City on Friday, April 20.