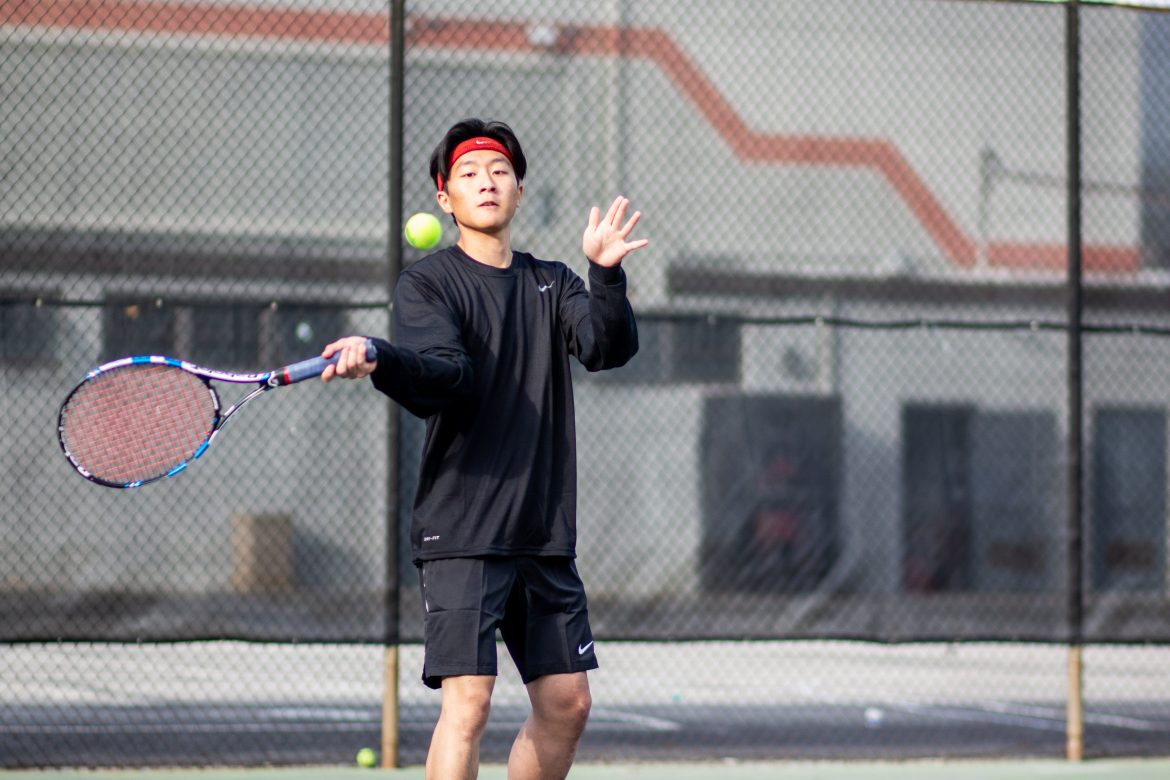 South Pas will need an upset victory against San Marino, or else they will fall to 0-2 in the first week of RHL play.

The boys’ tennis team fell short against the Temple City Rams, 12-6, in its first league match on Tuesday, Mar. 12.

Doubles team one, juniors Sigmund Goodstein and Evan Strittmatter, excelled, sweeping through three sets, 7-5, 6-4, and 6-0. However, none of the other doubles teams were able to grab a victory.

“We could have played better today,” sophomore captain Dean Suk said. “But the pressure caused the team to play worse than usual.”

South Pasadena will look to end its two game losing skid against rivals San Marino on Friday, Mar. 15. Last year, the Tigers fell to the Titans in both of their league competitions, losing 15-3 and 17-1.