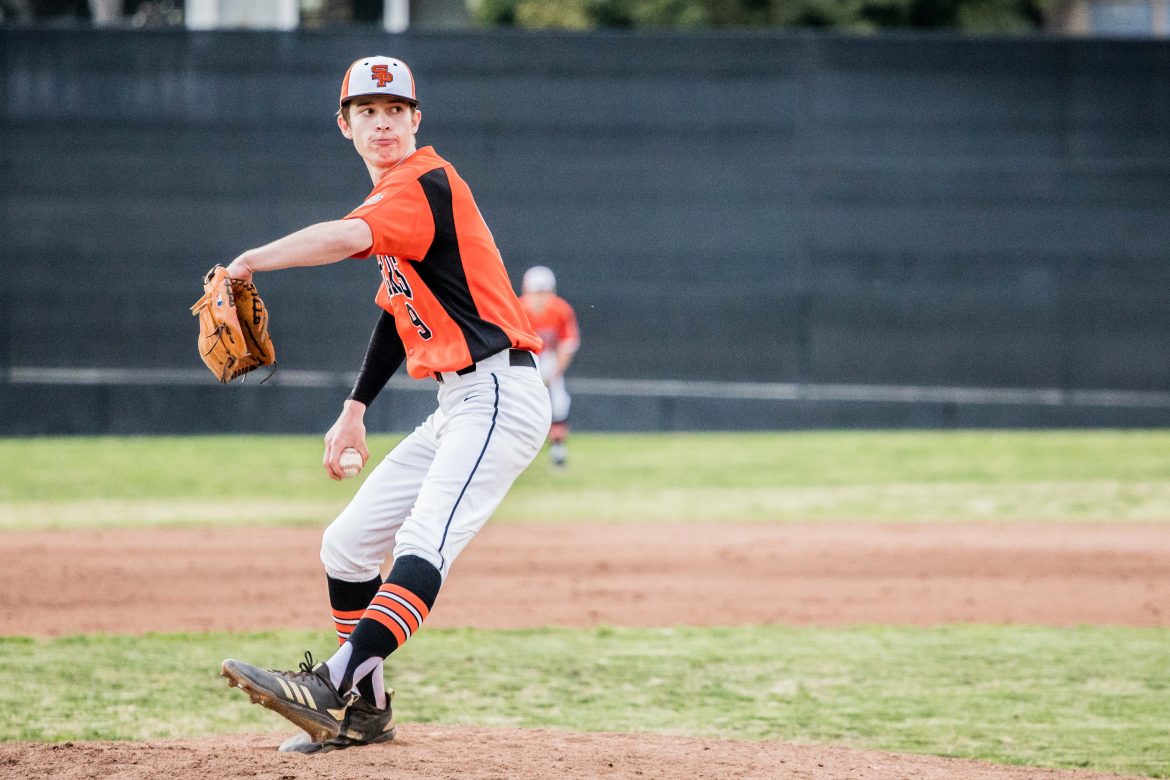 Senior Adam Schroeder pitched admirably, but the Tiger defense failed to back him up.

Boys’ baseball was defeated 7-3 by the Temple City Rams on Tuesday, March 12. The early seven run deficit proved to be too much to overcome, as the late Tiger comeback fell short in their third league game of the season.

Senior Adam Schroeder took the mound for South Pas and was challenged immediately by the talented Ram hitters. After getting into an early jam, Schroeder and the Tigers nearly escaped unscathed. However, an untimely two out miscommunication loaded the bases, and a shallow Tiger outfield enabled the Rams to clear the bases with a double. Temple City would add insult to injury by tacking on one final run with an RBI single. Schroeder was not charged with any of the four runs.

It wasn’t until the sixth inning when the Tigers decided to attempt a comeback. A pair of singles from junior Samuel Luna-Long and senior Dylan Benton set up senior Noah Parker for an RBI single. Sophomore Pablo Guerrero joined in on the hit party, beating out an infield single. With two runners on base and the Ram lead cut down to five, senior Max Smith stepped up the plate. The hot hitting senior cranked a hanging curve, almost clearing the fences for the first home run of the year. Both fans and players were caught ball watching, as poor baserunning would end the threat prematurely after scoring three.

The Tigers will play next on Friday, March 15 at 3:30pm against the rival San Marino Titans. South Pas will look to utilize their home field advantage against the vincible Titans, who have been riding a six game skid.