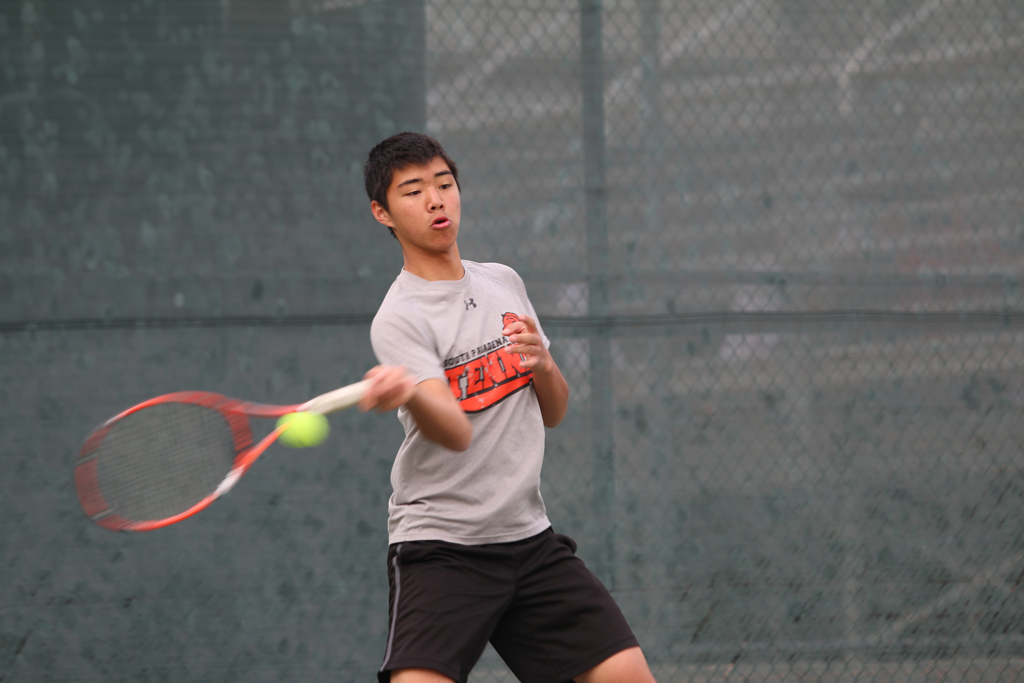 The boys’ varsity tennis team shook its losing streak on Wednesday, March 28, away against Monrovia. In a decisive game, the Tigers were able to get 14 matches off their opponents with a final score of 14-4.

In singles, freshman Ben Pestana shut out the number one and two players with scores of 6-0. However, during his third match against number three singles, Pestana gave up four games due to unforced errors.

The Tigers’ number two and three singles players were successful but failed to shut out their opponents. Senior Kendrick Shen beat Monrovia’s number two singles with a decisive 6-1 final score. However, Shen failed to close against number three singles, losing in a close 7-5 match. Shen was subbed out with sophomore Lucas Halberg, who demolished the Wildcats’ number one with a 6-1 win. Number three, sophomore Alex Betts, squeaked out a 7-5 victory against the Wildcats’ number one singles.

Equally victorious as the singles team were the doubles lineup. Number one doubles, senior Jason Cai and junior Ryan Summers, won all but one of their matches. Especially impressive was their win in a match that went into a tiebreaker. Continuing the Tigers’ victory streak was number two doubles, senior Daniel Hong and junior Andrew Lee, who won all of their matches.

“I felt really excited to be able to win all of our matches today, especially because of our previous loss to Temple City,” Lee said.

The Tigers next play in a home match against San Marino on Friday, March 31.