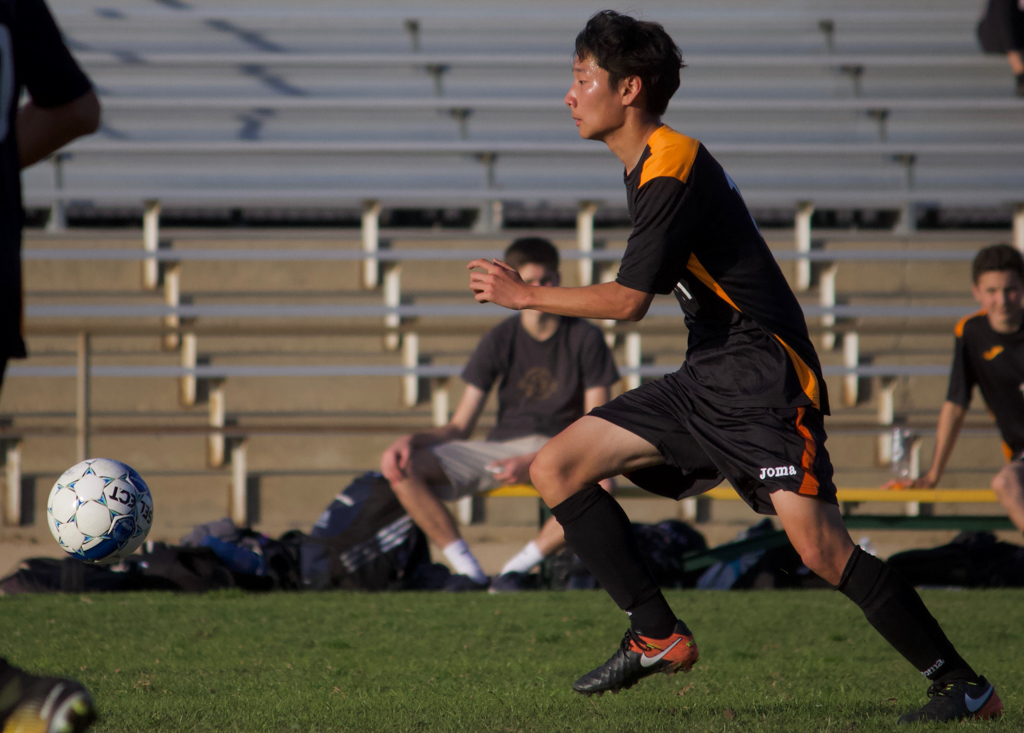 South Pasadena boys’ soccer fell to Temple City 3-1 on Wednesday, January 17 in a crucial league game. The Tigers played down to the inferior Rams, who secured their first league victory with a the win. The loss severely hurts South Pas’ league standing and puts its CIF playoff chances in jeopardy.

A lack of energy from the Tigers in the first half provided Temple City with numerous opportunities to score. Senior defenders Hank Rainey and Andrew Yonami helped stop many of the initial Ram attacks by forcing turnovers or clearing the ball. However, as the time went on, Temple City began to inch close to the goal and produce more substantial shot attempts. The Rams finally converted one of these opportunities for a goal, igniting the home stands and sending groans across the South Pas bench. The Rams continued put up shot attempts for the rest of the half, but senior goalie Jack Gallagher prevented Temple City from putting up a crooked number in the first 40 minutes.

South Pas controlled the ball with much more efficiency in the second half, allowing the team to keep possession on Temple City’s side of the field. The good field position did little to help South Pasadena’s offensive woes, however, as the Tigers had no clean shot opportunities.

As the second half rolled along, the Rams managed to recapture the momentum with some strong offensive pushes. Temple City put the dagger into the South Pas’ comeback, as they connected for two more goals, taking advantage of defensive collapses from the Tigers. The goals extended the lead to three, pushing the game out of reach for the struggling Tigers.

South Pas battled hard for the last few minutes, trying to find any spark to get them back into striking distance. Yonami made a last-ditch effort with a long arcing goal that sailed into the upper part of the net, but it was too little too late.

The Tigers severely underperformed in the game, and it could end up costly to them in the long run. Before today’s game, Temple City had been outscored by two league opponents 13-1 (One of their losses came against San Marino, who the Tigers beat 6-1). Not only did South Pas lose to a lesser opponent, but they won’t receive the goal differential boost that many teams that play Temple City have gotten. League tiebreakers are determined by goal differential, and can decide which team receives a playoff berth.

The Tigers look to get back on track when they travel to La Canada on Friday,  to face the defending Rio Hondo League Champs. La Canada, fresh off a 2-1 win against Monrovia, has had another dominant campaign this year, boasting a 7-2-3 record and 3-0 league record.