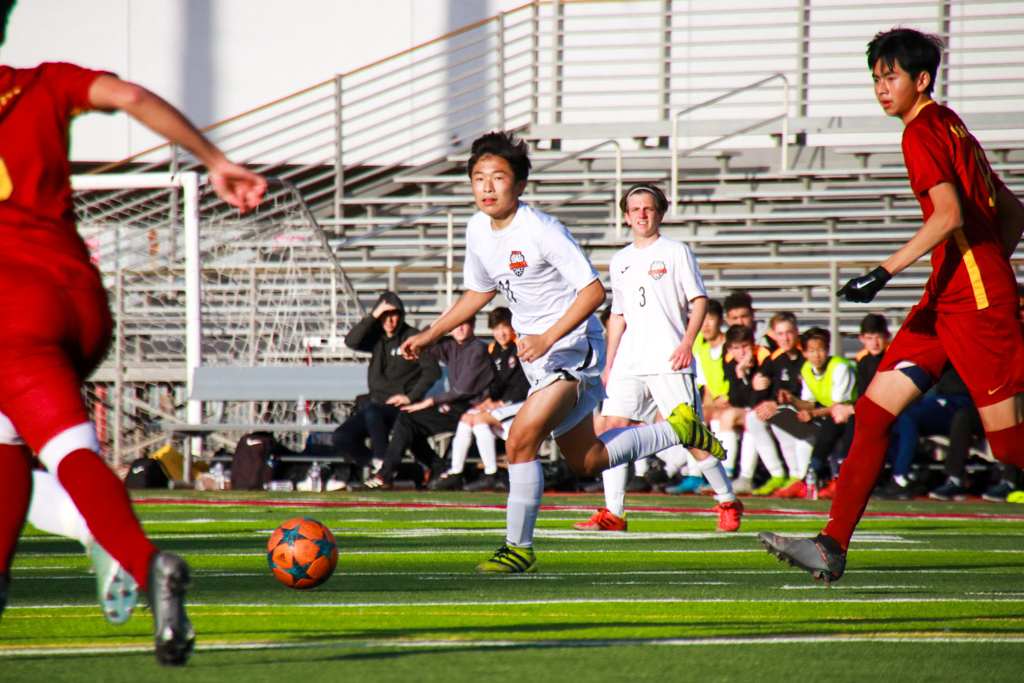 With this defeat, South Pas drops to fourth in the RHL standings.

Right out of the gate, South Pas conceded and dropped into a 1-0 deficit. The Spartans struck again early in the second half to take a commanding 2-0 lead.

In the last 10 minutes of the play, the Tigers were able to get their attacking momentum flowing and junior striker Caleb Lee scored a consolation goal.

“Despite the result, the game was excellent. As always against La Cañada, the game can get scrappy but we showed how South Pas pride prevails over the low blows of our opponent,” co-captain Reo Snyder said.

The Tigers will play the Temple City Rams on Friday, Jan. 31 on the road.

Boys soccer falls to Temple City down the stretch