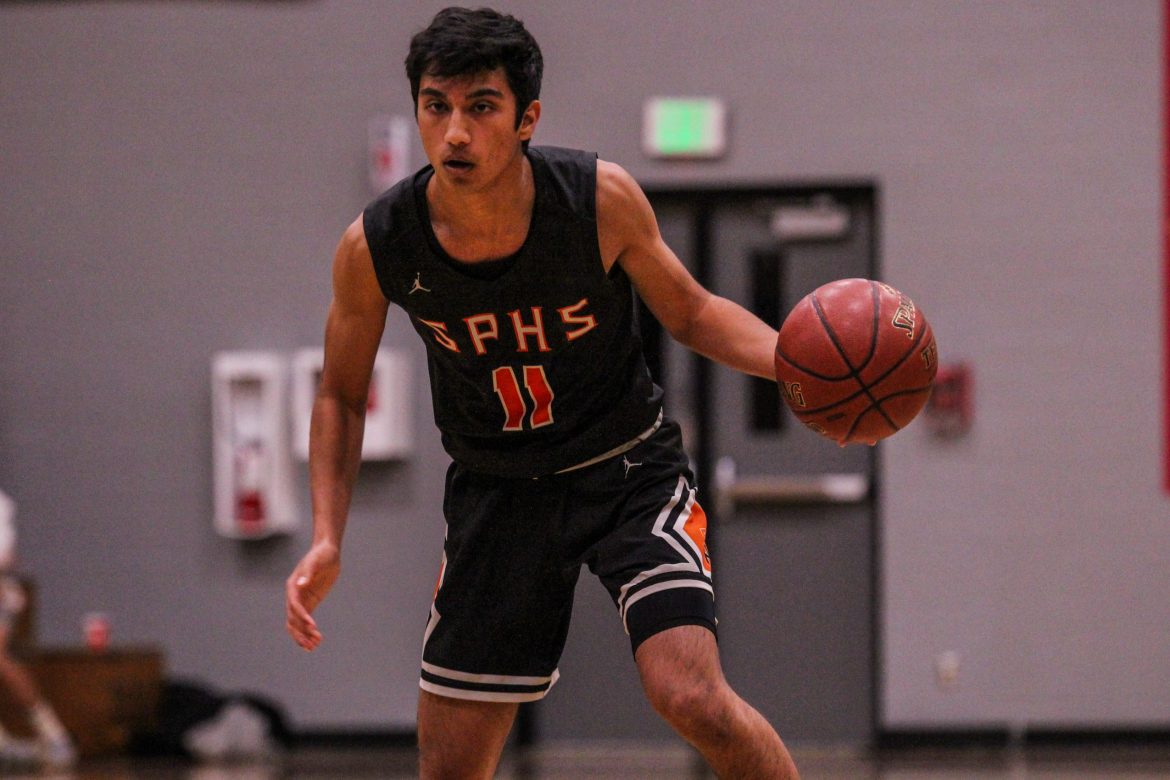 The Tigers look to rebound against the Temple City Rams on Friday, Jan. 31.

Boys basketball narrowly fell to La Cañada in its seventh league game, 50-48, on Wednesday, Jan. 29. This loss brings the Tigers to an overall record of 17-7 and a 4-3 record in league.

South Pas dropped into a deep deficit in the first quarter, but climbed back into the game by the second half. With 1.3 seconds left in the match, senior Preston Sharkey sank a go-ahead jumper to put the Tigers on top, 48-47. However, the Spartans launched a halfcourt pass and banked in an off-balance triple as time expired to win the game.

In the first quarter, the Spartans boasted a lightning-fast start and rattled off a 10-0 run. South Pas eventually slowed La Cañada’s offensive assault, but was unable to consistently generate its own offense. The scrappy Tiger defense kept the Spartan lead manageable and La Cañada took a 17-8 advantage into the second period.

Determined to bounce back from their slow start, the Tigers began the second quarter aggressively, with seniors Preston Sharkey and Alan Quan sinking multiple threes. As the quarter went on, La Cañada continued hit tough shots, but South Pas slowly whittled down the lead. In the final minutes of the quarter, senior Billy Reed III scored two layups to draw the score to 29-22, Spartans.

In the faster-paced third quarter, the Tigers grabbed the momentum. Junior Amar Ebrahim, Quan, and Reed all scored during a South Pas 6-0 run and after a La Cañada technical foul, Quan sunk two free throws to end the quarter 42-39 in the Spartans’ favor.

Both sides doubled down on the defensive end, slowing the game down in the final period. Senior Rodney Ortega began the fourth quarter with a triple, tying the game, 42-42. Ebrahim and Reed continued to penetrate and score inside the paint until La Cañada called a timeout with a minute remaining.

With 30 seconds left on the game clock, the Tigers held the ball for the last shot, trailing 47-46. Reed missed a five-footer in traffic, but managed to tip the ball back out to the perimeter. Sharkey snagged the loose ball and swished an elbow jumper to gain the lead, 48-47, with 1.3 seconds remaining.

After a timeout, the La Cañada inbounder passed to another Spartan out of bounds, catching South Pas off guard. That Spartan found an open teammate down the court, who banked in a fading three as the buzzer sounded, winning the game, 50-48.

“As a team, we played the hardest we’ve ever played before,” Quan said. “Although it was a tough game that we felt we deserved to win, we understand that we have to keep the same energy to close out league.”

The team will travel to Temple City for its next game on Friday, Jan. 31.