Boys soccer falls to Temple City down the stretch 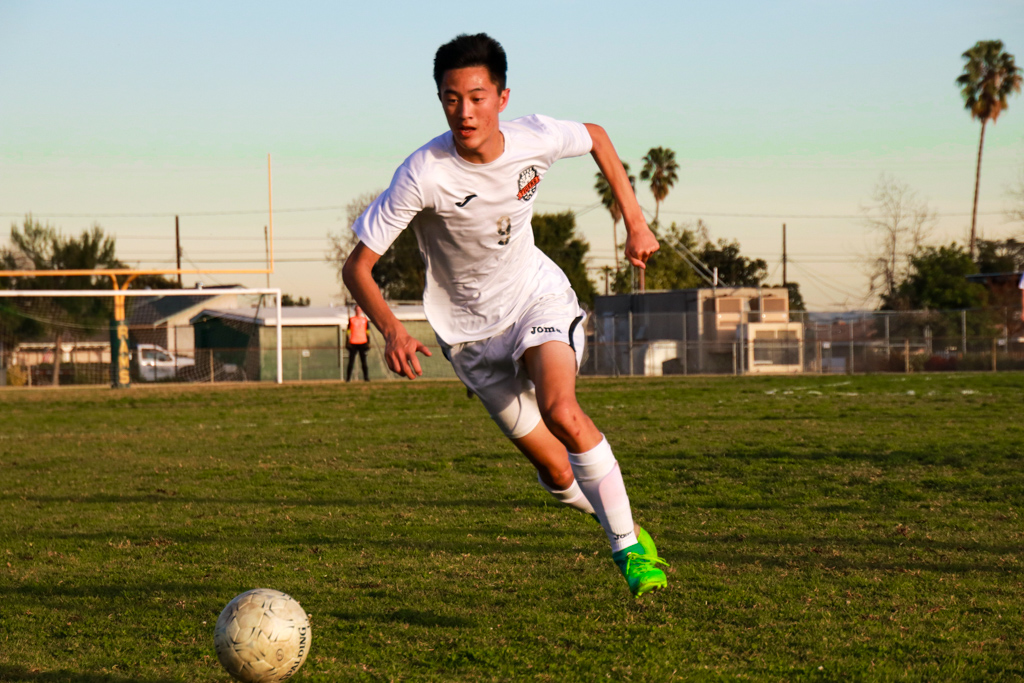 The Tigers have struggled to find any consistency; the team has not won more than two games in a row this season.

Both defensive lines played solid first halves and prevented either from scoring. After halftime, Temple City put the ball through the net, but sophomore Arden Benitez headed his way to make the match a 1-1 tie. In the last five minutes of the play, the Rams were able to successfully break the tie, handing the Tigers their fourth loss of the regular season.

The Rams possessed most of the ball at the start, but South Pas was able to prevent them from taking any chances. Junior defender Sebastian Pollard battled to gain the ball back for the Tigers, making vital headers, deflecting Ram passes, and intercepting long balls.

The Tigers remained consistent with their long ball attacking strategy, but every attempt was unsuccessful. The Temple City defense was able to steal the ball time and time again, preventing the strikers from getting any time on the ball.

Sophomore goalkeeper Jacob Mills saved every shot that came his way in the first half and kept his clean sheet; the first 40 minutes of play concluded in a 0-0 score.

In the second half, South Pas lacked mental focus and committed many mistakes. The Rams stayed on the Tigers’ tail, stealing possession and eventually scoring on a counterattack.

Like usual, the Tigers amped up their performance towards the end of the game and equalized. Off of a cross, Benitez tipped a header in to knot the score at 1-1.

With less than five minutes left in the game, both teams pushed forward in hopes of a late game-winner. Finally, the Rams’ offense stunned the Tigers late in the game to take home the win. Temple City was able to trick Mills and dribble the ball right past him and into the goal to cap off a 2-1 victory.

“Even though we fought hard defensively, our build-up play just wasn’t there,” Pollard said. “Although our defense was solid, they were able to capitalize on the few mistakes we made.”

The Tigers will challenge the Monrovia Wildcats, for the second time, on Wednesday, Feb. 4, at home. South Pas drew with Monrovia, 1-1, in the previous match.