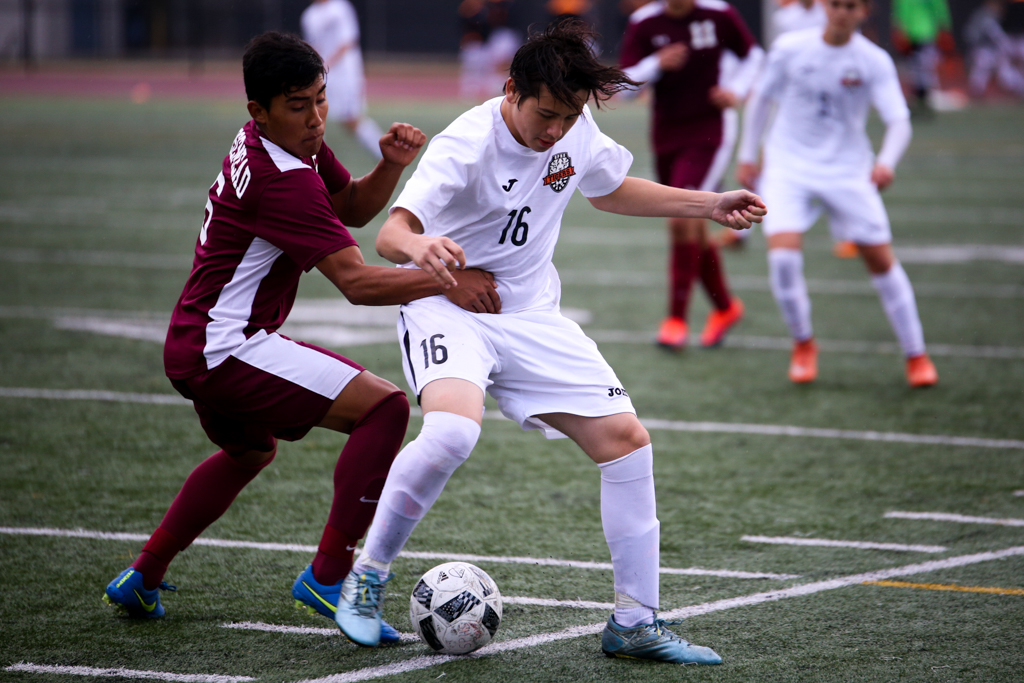 Boys’ soccer concluded its preseason run after clinching its final game before break with a 4-0 rout against Rosemead High School at home, on Wednesday, December 21. The Tigers’ record now stands at 3-2-2 with their next matchup scheduled after Winter Break.

After suffering a frustrating last-minute loss to Duarte High School on Monday, South Pas looked to bounce back with a convincing performance. Right from the start the Tigers took the field with a clear advantage on both sides of play. Junior striker Jack Renken set the tone on the field with an early shot attempt that went above the goal. Good movement allowed South Pas to retain possession of the ball and set up a corner kick. Off of the kick, senior Brian McKenzie lined up for header in the goal which was blocked by the Rosemead goalie. A strong attacking presence from the Tigers allowed them to exploit more opportunities on offense with another shot by junior striker Niko Tripodis that narrowly missed. After pummeling the Rosemead goalie with several attempts, Renken managed to break past the Panther defenders and put the Tigers on the scoreboard halfway through the first half. Not long after, a 20 yard shot from sophomore Raymond Yeo managed to find its way into the goal for a 2-0 lead in the matchup. By the end of the half, the Tigers’ offense dominated the field with 15 shots on frame and a clear overall advantage.

Coming back on the field, Head Coach Juan Zurita began to rotate his players on and off the bench to allow them to gain more playing time. As the clock began to wind down, Renken proved his versatility on offense with a second goal off of a goalie deflection for a 3-0 lead and seven minutes left. Only three minutes after this, sophomore Jett Donlevy scored a fourth and final goal for South Pas.

Throughout the game, the Tigers were clearly dominant on offense and displayed defensive ability as they allowed less than five shots on their own goal.

“It feels good to get a win back home and end the preseason on a good note and hopefully we’ll start regular season the same way,” senior captain Max Amido said.

The boys will return to the field after Winter Break and head into Rio Hondo League against Monrovia High School, away, on January 11.