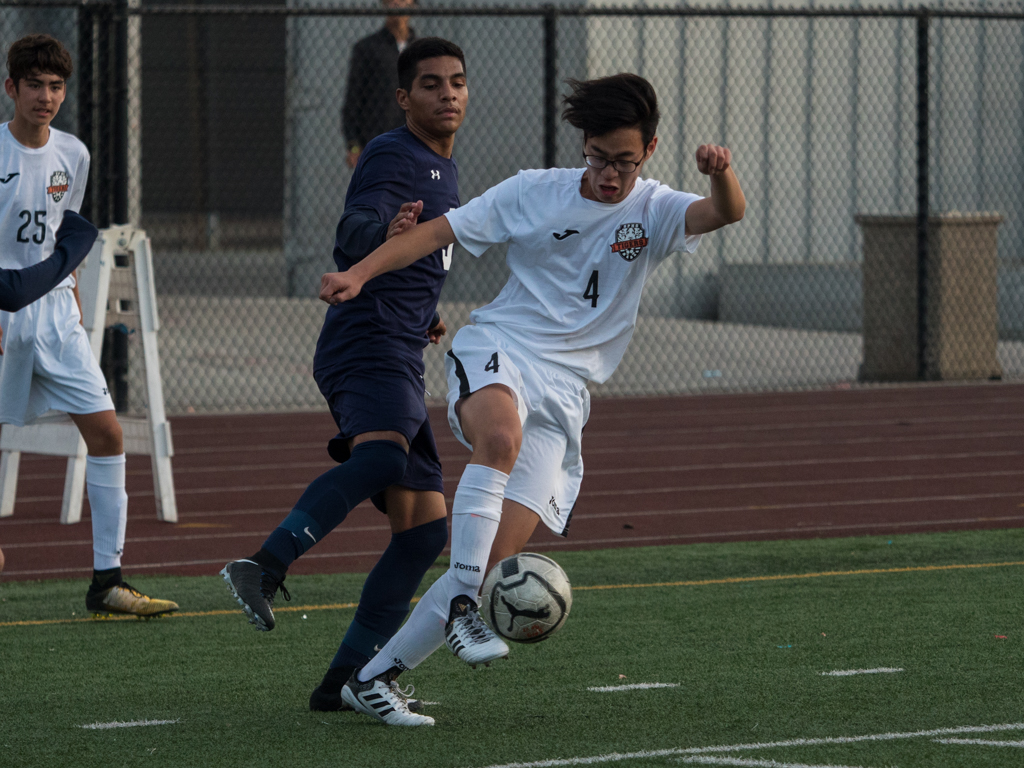 South Pasadena boys’ soccer won its second straight preseason game on Friday, December 1, with a 1-0 victory over the visiting Polytechnic Panthers. The Tigers faced a strong defensive opponent in the Panthers, who gave the team their toughest test of the year thus far.

Both teams played lockdown defense in the first half, neither allowing the other to get any solid shots at the goal. Senior Hank Rainey and junior Sage Perione led the Tiger defense, using their physicality to deny the Panthers of any offensive rhythm. Due to the overpowering defensive play, the teams remained deadlocked at zero through the first forty minutes.

The Tigers finally broke the scoreless tie five minutes into the second half. Senior forward Jack Renken took a pass from junior midfielder Jett Donlevy and drove past the Panther defender, before flipping the ball over the goalie for a score.

The Tigers continued to control the ball on Poly’s side of the field for most of the second half. In the final five minutes, though, the Panthers were able to pepper the Tiger’s goal with shot attempts. However, more solid defensive play from Rainey and Perione, as well as junior Addison Foord, kept this last ditch Panther attack at bay. Junior goalie Ryan Wong also had key saves that stopped the Poly onslaught.

The Tiger’s inability to finish around the goal caused the game to be closer than it should have been. The team scored just one goal on ten shots, an inefficient percentage. The Tiger’s will need to be more economical in their shot selections once league play starts, as close games may be decided by just a few shot attempts.

With the win over Poly and the announcement that Rosemead had officially forfeited the matchup with South Pas this past Monday, the Tigers improve to 3-0 on the season. The team will look for their first 4-0 start since the 2013-2014 season when they battle Maranatha (1-0) on Monday, December 4.