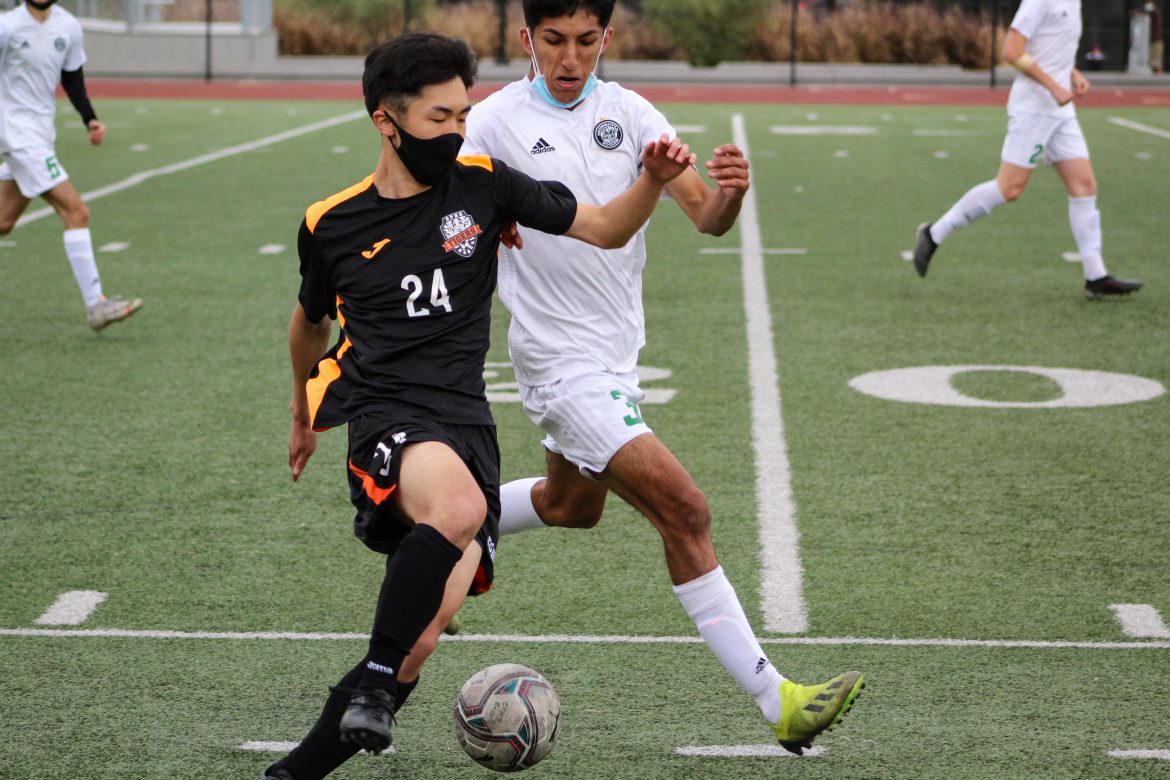 Boys soccer suffered a close 2-1 defeat against the Monrovia Wildcats at their home game on Wednesday, April 21.

The first half of the game proved detrimental for the Tigers, who struggled to gain any ground. Monrovia’s solid offense kept the team on the visitor side of the field. At first, the Tigers were able to fend off their goal attempts with impressive saves from sophomore Aidan Kinney, but eventually the Wildcats pushed through the Tigers’ formation, reobtained the ball after a failed block from Kinney, and shot right into the net.

Senior forward Jake Carless and other defenders pushed the game farther from the enemy goal in an attempt to gain control of the ball. Failed communication and ineffective passes allowed the Wildcats to continuously steal the ball and barrel past the Tigers defensive line. Minutes after their first goal, Monrovia pushed through and flew the ball past Kinney, putting them at a 2-0 lead. South Pas put up a more aggressive fight in the last few minutes of the half, preventing the Wildcats from widening their advantage any further.

Similarly to past games, the Tigers came out of the gate stronger than the previous half, moving more fluidly and making cleaner passes. After a few scoring attempts, senior striker Caleb Lee crossed the ball to Carless, who performed a straight shot right past the goalie, making the score 2-1.

The remainder of the game saw attempt after attempt from the Tigers. The team played more aggressively to maintain the ball, but the odds were against them as the ball bounced off the goalpost and the Wildcat goalie disallowed anything to get through. Both teams held a strong front for the rest of the game and prevented any further goals, solidifying the 2-1 loss for the Tigers.

“It definitely wasn’t the result we were looking for and none of us were happy with our overall performance,” Lee said. “We started out slow and came out stronger in the second half but we need to change that and play strong from the first whistle till the final whistle. We can only do so much about refs so we have to focus on ourselves. We’re looking to be more disciplined going forward and winning our remaining games with no regrets.”

The Tigers will battle the Blair Vikings, again, at a league game on Wednesday, April. 28.

WHy was there no mention of any of the Wildcats players names in the article? Seems like there was a little bias in this article. Go Wildcats!