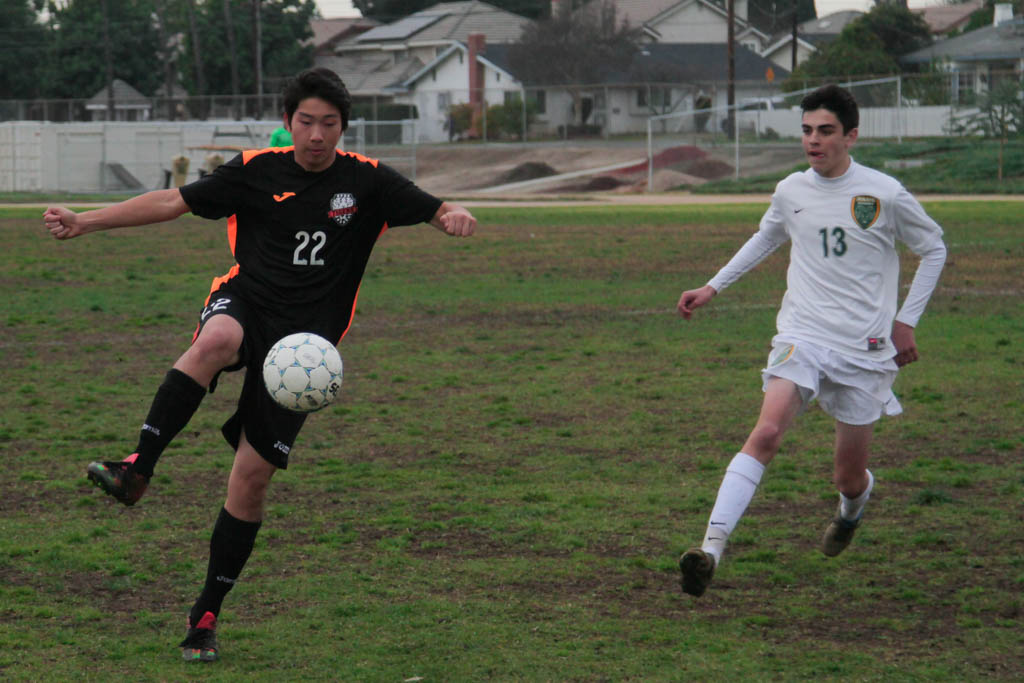 Boys’ varsity soccer concluded its 2016-2017 season after losing to the La Puente Warriors 2-1 on Friday, February 17. The tension was felt before the game even started as head coach Juan Zurita wanted to reschedule the game to another day instead of playing in the three inches of rain that fell before the game started. Nonetheless, the head referee at the match decided to continue the game and stay on schedule with the rest of the playoff bracket.

Additionally, the absence of several key players for the Tigers also hampered their effectiveness on the field as a third of the team was either in Sacramento for Youth and Government or bedridden.

With the home field advantage, La Puente quickly adjusted to the 20 mile per hour wind and started its assault on the Tigers’ goal almost immediately. South Pas struggled to connect with passes as the ball would hit puddles on the ground, slowing it down. La Puente capitalized on this with quick, short passes to get in position for another shot attempt. After marching downfield with the ball, La Puente chalked up the first goal of the game to give them the lead in the match. The Tigers had trouble in answering back offensively and traded possessions with the opposing team throughout the first half.

Both teams continued to play despite the worsening weather and proceeded to intensify on the field. South Pas refused to let the weather interfere and slowly took the advantage on offense. Shot after shot was made on the Warriors’ goal until senior Brian McKenzie scored and tied the game at 1-1 midway through the second half. La Puente fired back almost immediately and scored the game-deciding goal only a minute after South Pas did. With the Warriors now in command of a 2-1 lead, the Tigers’ attempts at another comeback fell short after the referee ended the game five minutes early for unknown reasons.

With this loss, South Pas soccer ends its season with a 10-5-3 overall record as well as second place in Rio Hondo League.