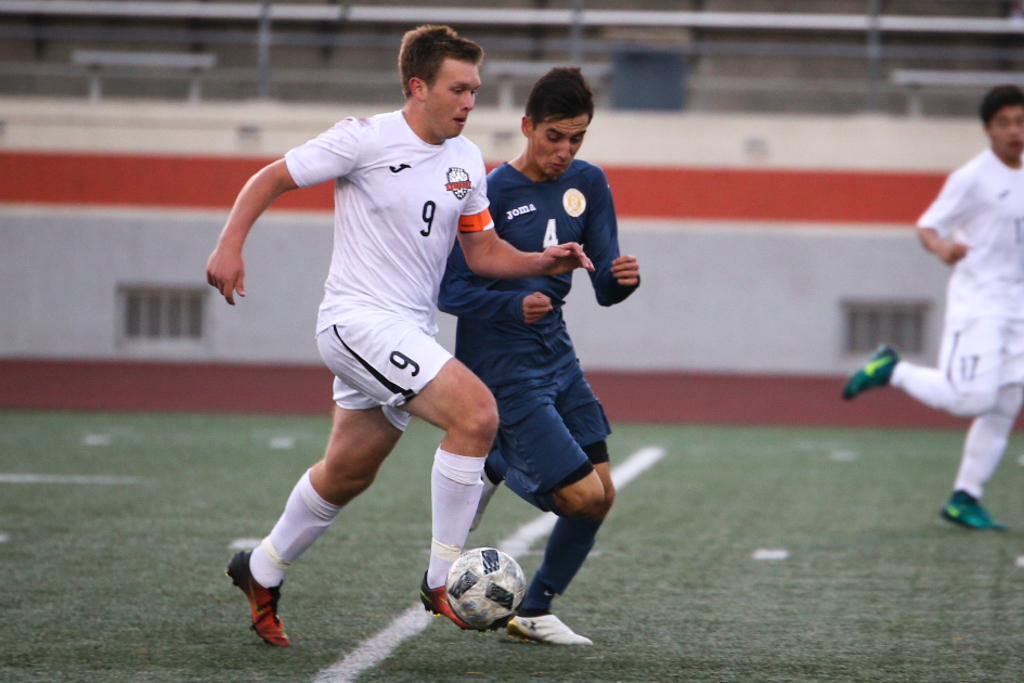 Boys’ varsity soccer claimed its first victory of the season with a narrow 1-0 victory over the Alhambra Moors at home on Friday, December 9.

South Pas entered the match looking for its first win of the season, after tying with Marshall Fundamental and Burbank High Schools in its last two matchups.

From the start, the Tigers showed a clear advantage over their Moor counterparts. Alhambra struggled to field any legitimate offensive runs against South Pas, as all strikes led to the Tigers recovering the ball and taking it down the field. Seventeen minutes into the half, junior striker Jack Renken capitalized on the team’s momentum with a goal off of great passing from the Tigers’ offense. After receiving the ball, Renken dribbled past several defenders and slipped the ball past the goalkeeper to make the score 1-0. South Pas continued to display a dominant defense, locking down Alhambra and only needing senior goalie Kevin Foster to touch the ball a handful of times throughout the half.

The Tigers returned to the field in the second half with a renewed sense of initiative. Renken continued to lead the offensive charge and found numerous looks at the net, but was unable to gain traction on the Alhambra goalie. The Moors managed to capitalize on this with an effective drive into South Pas territory. After an Alhambra penalty and free kick, Foster dug down in the net and retained possession of the ball with 15 minutes left in the second half. From here the game changed possession multiple times between the two teams. South Pas managed to keep the ball in the Moors’ territory for the remainder of the game, securing the victory.

“Obviously we want to keep our record lossless. We’ll take it one game at a time and do what we can to keep up the clean sheet,” Foster said. “As for offense, we’re working on playing more as a team and building some chemistry. Our first priority is making sure we stay healthy, as we did have some injuries against Marshall last week”

The Tigers hope to stay undefeated in their upcoming matchup at Polytechnic High School on Tuesday, December 13. In the previous season, the Tigers had trouble against the Panthers, losing 3-0.