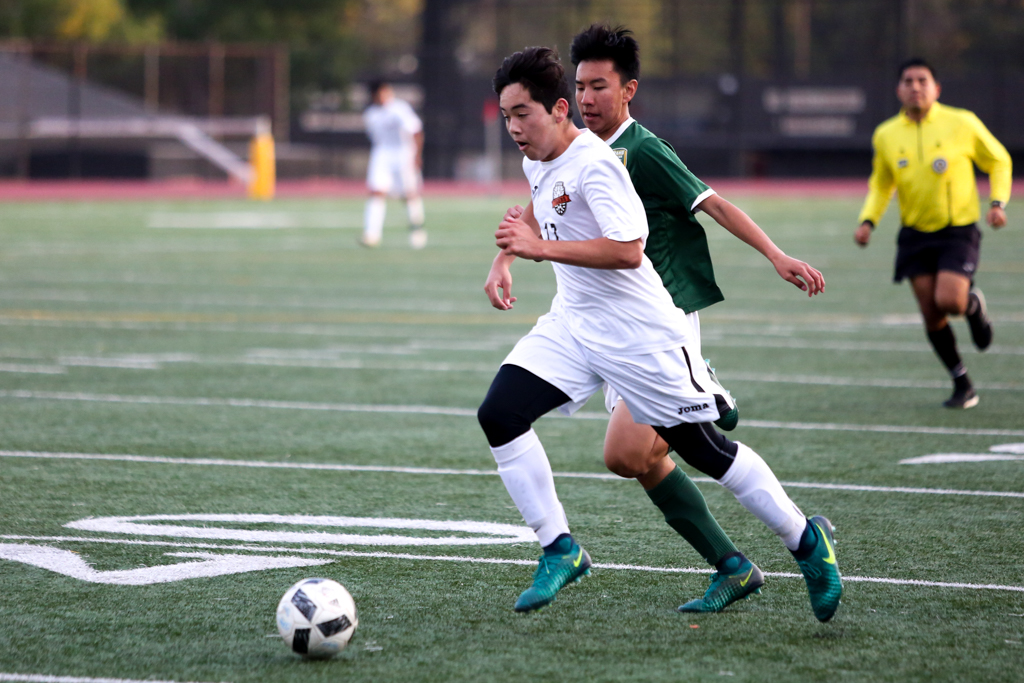 Boys’ soccer chalked up their first win of the regular season after routing the visiting Temple City Rams by a score of 5-1, last Friday, January 13.

After their frustrating 5-2 loss at the hands of the Monrovia Wildcats, South Pas looked to rebound from their defeat against the Rams. This was immediately apparent once junior Jack Renken notched up the first goal of the game after barreling down the center for a clean shot at the net. Although the Tigers drew first blood in the matchup, Temple City began to slow down the game for South Pas, leaving both teams scoreless for 20 minutes. Stellar performances from junior Hank Rainey and senior Max Amido allowed South Pas to continue attacking the net with tons of opportunities, effectively shutting down the Rams passing game.

Additional shot attempts from the Tigers kept pressure on the Rams’ defense throughout the first half, with Renken tallying a second goal for a 2-0 lead. From here, South Pas began to slow down their attacks to reach halftime. This allowed the Rams to capitalize on a foul deep into Tiger territory. With two minutes remaining, the Rams were awarded a penalty kick and succeed to put Temple City on the scoreboard heading into the locker rooms.

Brian Mckenzie shields the ball from the defender as he receives a pass from a teammate.

Coming back in the second half, the Rams renewed their momentum and quickly marched down the field to try and get into scoring position. Although Temple City had multiple opportunities to score, senior goalie Kevin Foster kept the net secure for the Tigers. Demoralized by their inability to score of offense, Temple City began to slowly crack on defense, with sophomore Raymond Yeo scoring a third goal for South Pas midway through the half. He would later be followed by sophomore Henry Barbara and senior Brian McKenzie who would both score goals to push the deficit to five. Unable to answer back in any shape or form, South Pas claimed the 5-1 victory.

“It’s good to get out and take a win at home,” Renken said. “[Although we won] our offense needs to score more goals and our defense needs to keep doing what it’s doing for us. It feels good to win regardless and we have many more games to go.

The Tigers hope to continue this momentum into their next home game against rival San Marino on Wednesday, January 18.