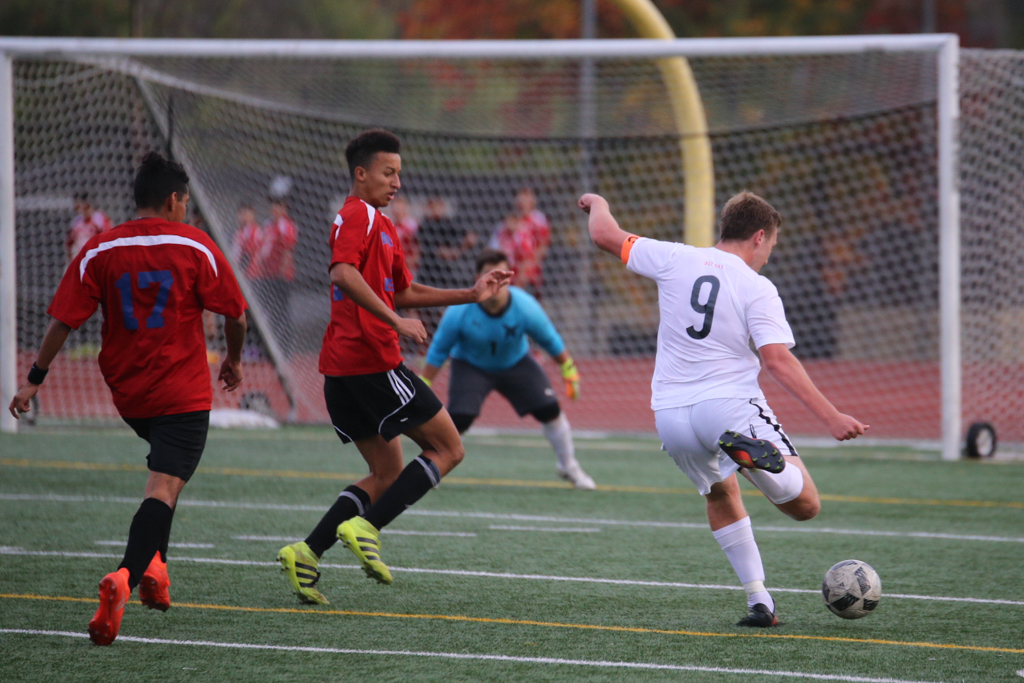 Boy’s soccer tied their second game of the season after ending the match with a score of 2-2 at home against Marshall Fundamental High School on Tuesday, December 6.

After staying scoreless the previous game against Burbank, South Pas looked to improve upon their missed offensive opportunities against the Eagles.

Both teams continued to squander offensive possessions until a shot by junior striker Jack Renken was deflected by the goalie. The deflection would go right back to Renken who fired another shot at the net to score for the Tigers early in the half.

Marshall countered back with their larger strikers and muscled their way into the goal to tie the score 1-1. With momentum now on their side, the Eagles churned away at the Tiger defenders and scored a second goal on South Pas to make the score 2-1. With less than five minutes left on the scoreboard, the Tigers powered one final goal before the buzzer sounded to tie the game at 2-2.

South Pasadena now stands at 0-0-2 in their preseason. The Tigers hope to have more success against the Alhambra Moors on Friday, December 9 at home.