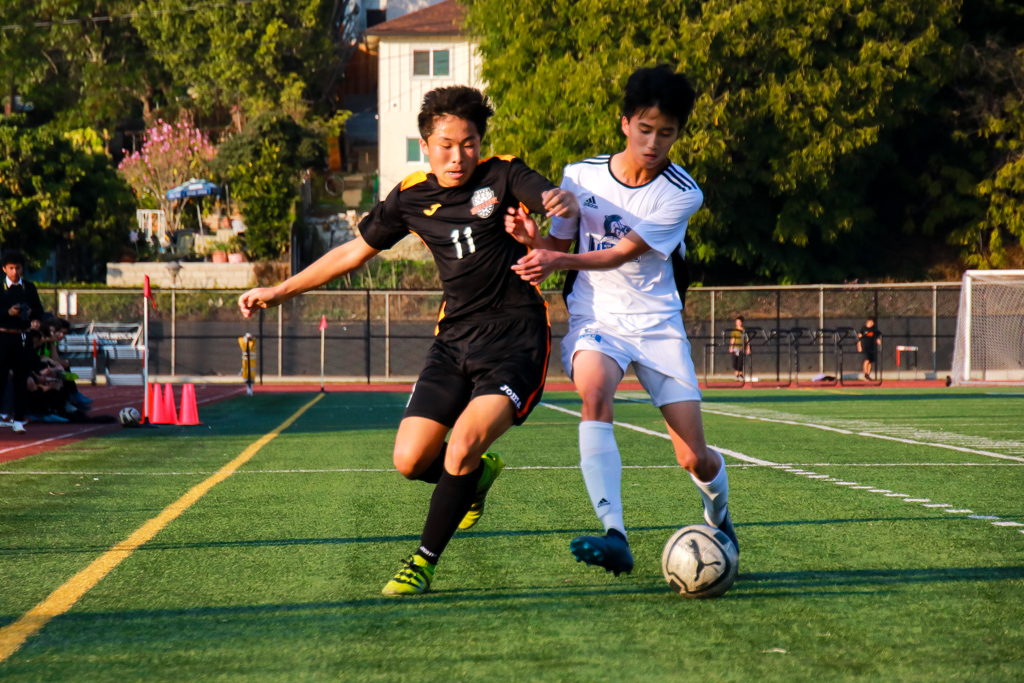 The Tigers decimated their rivals in a statement 6-0 win.

Boys varsity soccer crushed the San Marino Titans, 6-0, on Wednesday, Jan. 22. After their fifth league game, the Tigers improve to 2-2-1 in the Rio Hondo League, while their overall record moves to 5-6-2.

South Pas maintained control of the ball most of the first half and didn’t allow the Titans to challenge them. Towards the end of the half, the Tigers earned themselves a goal. In the last 40 minutes, they closed the game with an emphatic 6-0 win.

South Pas’ back line, which had conceded 11 league goals coming into the rivalry match, provided sturdy defense. The back four and midfield prevented the Titans from getting the ball anywhere near the Tiger goal.

Senior co-captain Ian McLane and junior Porter Calva made vital blocks to catch the Titans off track. Per usual, co-captain Reo Snyder traveled around the field, heading the ball away from the opposition and making powerful defensive steals.

With 10 minutes left in the half, South Pas hovered around the San Marino goal, waiting for an opportunity to score. Freshman forward Oscar Cassidy was able to finish the chance with a kick at point blank range to put the Tigers up 1-0.

In the second half, South Pas lived in the San Marino real estate and its attack began to click. Junior Caleb Lee slotted a quick shot past the Titan keeper and not even five minutes later, junior Kevin Ebata flew past the defense and made the score 3-0.

Lee and junior Aaron Cho would each score once and fellow junior Oliver Lee completed the Tigers’ five-goal romp, spinning away from the keeper for a score.

“We are finally starting to get back into our form. After this win, we are looking to continue to succeed and do even better in the future,” Cho said.

The Tigers will challenge the Blair Vikings, again, on Friday, Jan. 24 on their home turf, after a 5-4 win in their last meeting.