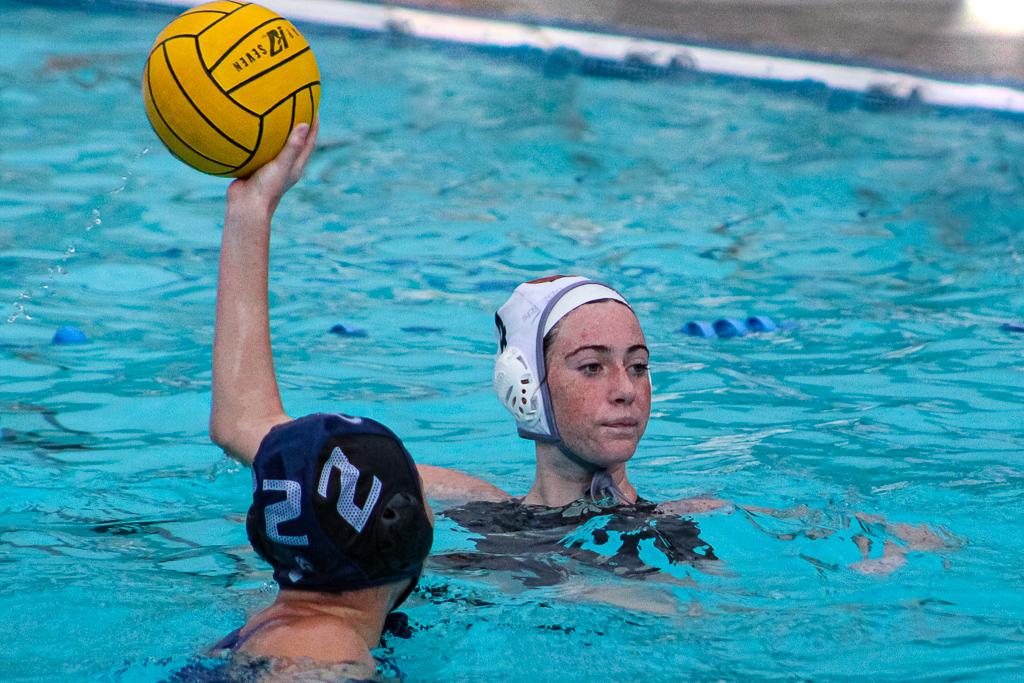 South Pas claimed its first RHL victory just before its second round of league.

Girls water polo earned its first league victory, 21-13, against the San Marino Titans on Tuesday, Jan. 21. This victory brings their overall league record up to 1-3.

South Pas started the game off with an instant goal from sophomore Lauren Calderon. Although San Marino quickly evened out the score, Markus, Kanaly, and junior Emma Kucera bounced the ball back and forth, keeping the opponents on their toes. With the San Marino defenders off guard, Kanaly and Markus were able to execute three consecutive shots.

In the last minute, junior Piper Fleming flung a calculated shot from the middle of the pool. This highlight goal ended first quarter, 5-4, with the Tigers in the lead.

In the second period, South Pas’ energetic defense sparked numerous turnovers which enabled the Tigers to take advantage and set up their own opportunities to score.

Fleming scored another goal and the San Marino’s defense crumbled. South Pas roamed freely in the water and swiftly made four additional goals. Hence, the first half concluded 12-8 in favor of the Tigers.

Markus began the second half with an early score and a smooth interception that allowed the Tigers to remain in the Titans’ zone.

For the remainder of the third quarter, the Tigers situated themselves in open areas near the goal and racked up goals with effortless lobs and well-placed tosses. Their relentless attacks wrapped up third quarter with South Pas still leading 17-11.

In the final quarter, Kucera and the Tigers easily coasted to victory, securing their first league victory.

“Our team felt a lot more confident going into this game and it definitely showed through our teamwork, assists, and goals,” Kanaly said. “Our new goal is to transfer this same energy to our next game.”

The team will play its second game against Temple City at home on Thursday, Jan. 21.