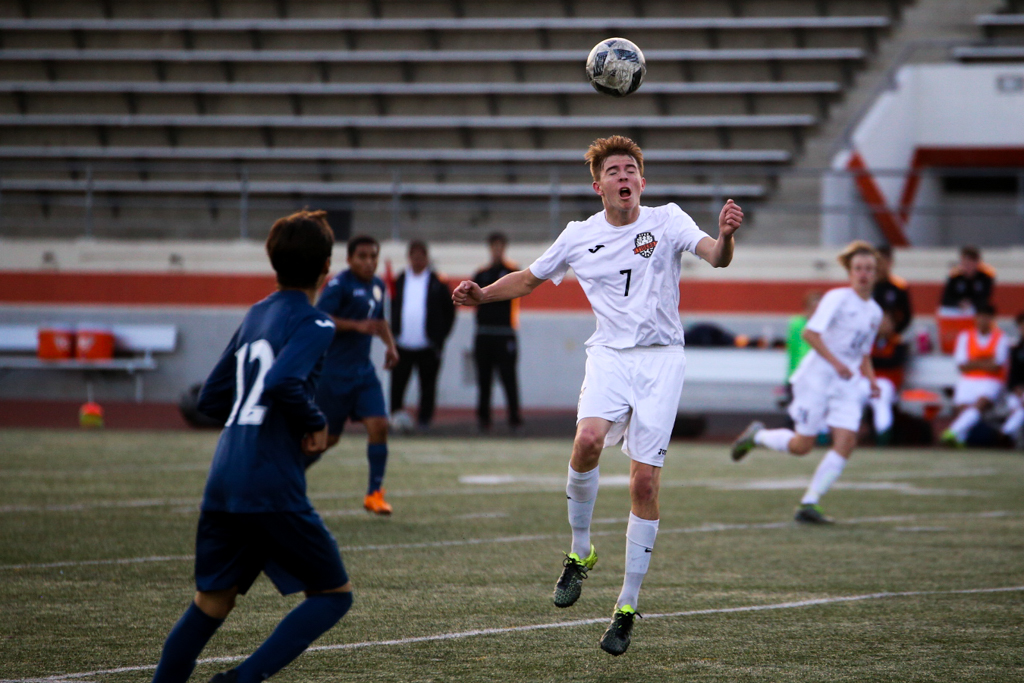 Boy’s soccer pushed their undefeated streak to two wins, along with two ties, after dropping the Polytechnic Panthers by a score of 2-1, away, on Tuesday, December 13.

After claiming their first win against the Alhambra Moors last week, South Pas developed a renewed confidence against the Panthers. The Tigers displayed the same dominant defense seen in their past games, setting up solid drives for the South Pas offense. Off of this momentum, junior striker Jack Renken set up a shot at the goal to give the Tigers a 1-0 lead in the first half.

South Pas continued to penetrate the Panther defense heading into the second half. Riding high from Renken’s play in the first half, senior striker Brian McKenzie lined up a shot at the goal to give South Pas a 2-0 lead. Poly countered back with fresh players on the field and drove the ball into the Tigers’ goal with six minutes left in the game. Although the Panthers tried to score another goal to tie the game, the Tigers’ defense held Poly back to allow regulation time to end.

When asked about how the team would fare in their next match, senior goalie Kevin Foster responded by saying, “As a young team it’s all about mentality. Focusing on the next game and making sure we come out 100% every time is going to be the key to keeping up our record over .500 this year.”

The Tigers hope to continue its undefeated streak this season against Schurr High School, away, on Thursday, December 15.