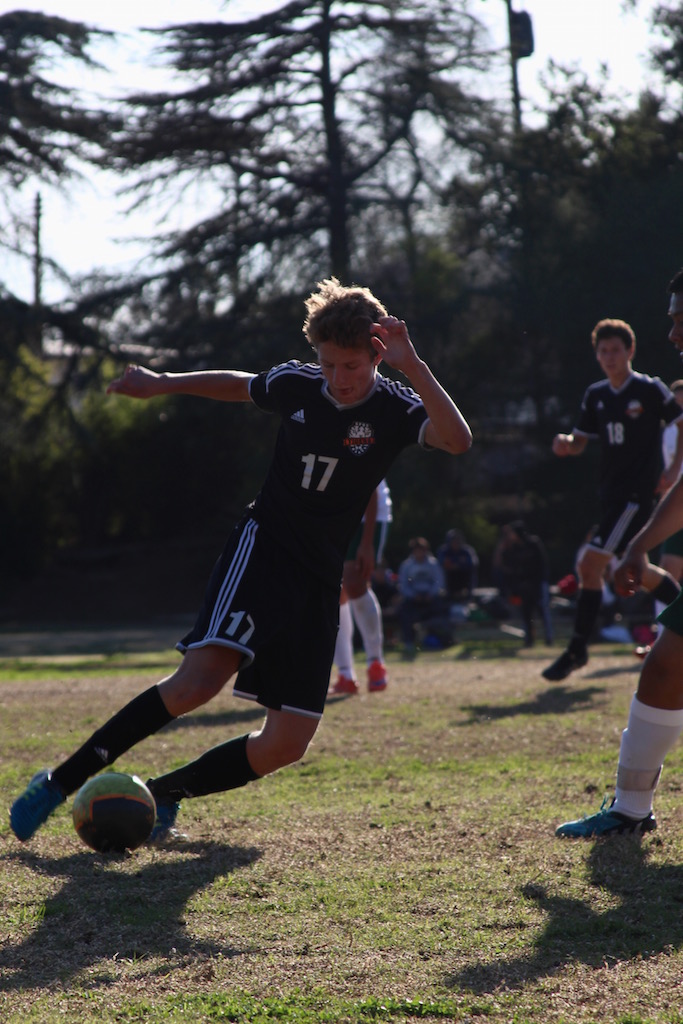 The boys’ varsity soccer team triumphed over Blair High school on the road by a score of 3-1. This victory gives the Tigers a 2-4-1 league record and a 4-8-2 overall record.

The first half was mostly uneventful for the Tigers as they could not capitalize on any scoring opportunities. The Vikings struck first blood when they scored off of a penalty kick due to a foul inside the box. South Pas players headed to halftime with the scoreboard showing 1-0 in Blair’s favor.

The Tigers came back very determined in the second half. South Pas would tie the game when senior striker James Tulin headed the ball past the keeper to make the score 1-1. Later on in the half, senior midfielder James Anderson would give the Tigers the 2-1 lead when he struck a ball off of a free kick to the back net. The Tigers would add insurance to their lead when senior midfielder Chris Brady would complete a putback goal after a missed free kick by Tulin.  South Pas, leaving Blair with three unanswered goals, dominated the second half to conclude the match 3-1.

“The way we played made this win well-deserved as we were able to get more touches on the ball,” junior Mathew Kramsch said, “We hope that this will give us momentum as we head into the final games of the season.”

The team will hope to build off of this victory when it faces the La Cañada Spartans on Friday, January 5 at home.