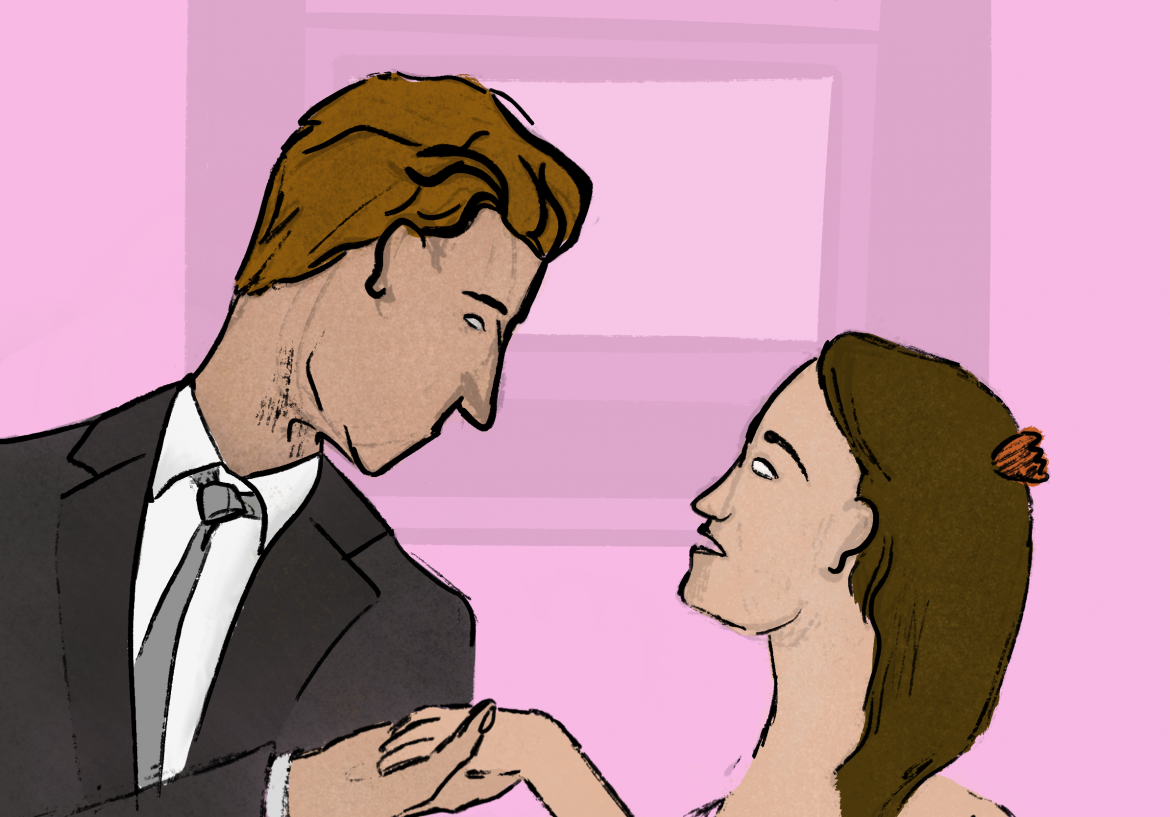 The new and improved West Side Story clears up all the ambiguities and disappointments from the original film.

As the phrase goes: all is fair in true love and war. West Side Story is content with oscillating between these two modes, from characters wistfully singing about the future to clobbering racial attitudes with a blunt club. Updated from the 1957 Broadway musical of the same name, Stephen Spielberg’s West Side Story sparkles by updating a tired source material with more nuance and depth, but less snapping.

The story of West Side Story is that of Romeo and Juliet, but transplanted from Verona into a mid-urban development 1950s Manhattan. Romeo and Juliet become Tony (Ansel Elgort) and Maria (Rachel Zegler), star crossed lovers from two opposing streetgangs brawling for control of a block of turf (or as they say, ‘toyf’). Tony is from the white Jets (occupied by hyperflexible former Broadway newsboys) and Maria from the Puerto Rican Sharks.

West Side Story originally premiered on Broadway in 1957 to critical acclaim, though it did not become a cultural staple until its multiple Oscar-winning film in 1961. This new film had large shoes to fill. Thankfully, director Steven Spielberg and screenwriter Tony Kushner came prepared, bringing forth every creator’s greatest gift: hindsight. The new and improved West Side Story clears up all the ambiguities and disappointments from the original show. Tony is no longer just a dreamy-eyed young adult who left the Jets for honest work. He now has a criminal record and a temper, which provides more context for his later aggression. How do you solve a problem like a brownface Maria? Easy, cast an actual Latina actress to play her. In the 1961 film, Rita Moreno was the only Puerto Rican in the cast. This new film cast more Latinx and Hispanic actors but unfortunately, still only one Puerto Rican character is played by a Puerto Rican performer.

Intentionality is the film’s greatest strength; the creators knew exactly what they were working with and how they wanted to accomplish their goals. The Jets and the Sharks are placed diametrically opposed to one another in each frame. Even the costuming dresses the Jets in shades of blue and gray and the Sharks in red and purple.

Kushner’s West Side Story makes the racial and class tensions clear, thus making the Jets and the Sharks’ motivations clear. Immediately, the film sets the Jets up as the villains, an important decision for the trajectory of the film. Kushner never excuses the Jets’ volatile behavior, but only tries to characterize it with familial issues. The Jets are not one-note villains, they have depth and substance and their villainy is used intentionally, to express the racial and class divide, most importantly through language. The Sharks are children of immigrants working their way out of the slums. The Jets stay put as the world around them changes.

The film emphasizes the importance of language among the characters. Spielberg even opted to not include English subtitles when the characters begin to speak Spanish. The effect of this is twofold: the audience’s intelligence is not belittled, and English is not seen as the more important language. When a character barks ‘In English,’ the goal of assimilation is clear. Some character development hinges on Spanish and its usage, including Anita’s attempts to assimilate into American culture by integrating English and Tony’s attempts to communicate with Maria more by learning Spanish. 50s vernacular, including ‘buddy boy’ and ‘daddy-o,’ continue to permeate through the streets, eventually becoming affirming phrases for the character Anybodys (originally a tomboy, now transgender, played by Iris Menas).

This intentionality in language led to stronger, more robust characters, helped by the stellar cast of young triple threats. Elgort’s Tony croons the part and acts the role with boyish mediocrity (despite being six foot four). As seems to be the case with all of West Side Story Tonys, Elgort is the weakest link among the cast due to a weaker singing voice and occasionally affectless personality. Newcomer Zegler’s Maria is a stunning find, a crystalline soprano who is absolutely captivating to watch. Not to mention she is pretty, oh so pretty. Shark leader and Maria’s brother Bernardo is played with intensity and command by David Alvarez. The two standout performances, however, are Ariana DeBose as Bernardo’s girlfriend Anita and Mike Faist as Jet leader Riff. DeBose is a scenery-chewing presence, carrying both comedic and heavy moments with complexity and depth. Faist’s Riff is outstanding, played with sociopathic intensity, like a cluster of nerve endings, a loose cannon on the brink of explosion. Alvarez, DeBose, and Faist are also terrific and precise dancers. Notably, original West Side Story Anita, Oscar-winner Rita Moreno brilliantly plays Tony’s boss Valentina, conflicted between the Jets and Sharks.

Spielberg’s direction catapults this film into the 1950s technicolor dreamscape. The direction never gets carried away, it’s measured and only large-scaled if necessary. The camera swings over Manhattan to give us a birds-eye view of Justin Peck’s magnificent choreography. Peck’s dancing is, like the overall film, intentional. He chooses not to reuse the iconic Jerome Robbins moves (bar the snapping, thankfully), instead using the dance numbers to elevate the storytelling, especially in the symphonically brash number ‘Cool’ where Riff and Tony are fighting over Riff’s possession of a gun. The dancer’s legs shoot out like daggers from their torsos, occasionally being used as weapons themselves. The dancing is so passionate and energetic that the cast themselves seem to be out of breath after each number.

A crucial difference between this film and its predecessors is its grit. This West Side Story is bloody and bruised, but never exploitative. The violence is careful and intentional, never gratuitous. Anita’s assault is intensely serious but never grisly or disrespectful. Spielberg maintains the aspects of a glamorous movie musical without compromising the dark and depressing crux of the plot.

The film’s score, music by Leonard Bernstein and lyrics by Stephen Sondheim (who died the day after Thanksgiving this year), take on new layers with the adaptation. The soaring ‘Somewhere’ and ‘Tonight’ sent chills down the audience’s spine. The lyrics to ‘America’ “Life is alright in America/if you’re all white in America” adopt a new meaning in a world where racial tensions have yet to be resolved. The film also opted to use the Broadway lyrics as opposed to the film version’s changes, but the soaring melodies and ingenious lyrics still sing 60 years later.

Concocting a remake immediately brings comparison to the original material. Sure, this version is more authentic (everyone does their own singing and there’s no brownface). But occasionally it seems to view itself as a political statement, which would be fine if it did not include the ‘racism is solved’ ending that the original production had. This version bests the original in clarity, though this leads to a somewhat black-and-white view of racial tensions. With a 155-minute runtime, it would be easy for the film to drag. But West Side Story carries on at a breakneck pace, never stopping for a breath. For all of the ‘daddy-os’ and ‘buddy boys,’ West Side Story is as modern as ever. But it would never work if the framework set by the original creative team was not strong. All in all, the film is excellent, and to borrow from the Jet Song, it is one of the best movie musicals “on the whole ever mother-lovin’ street.”