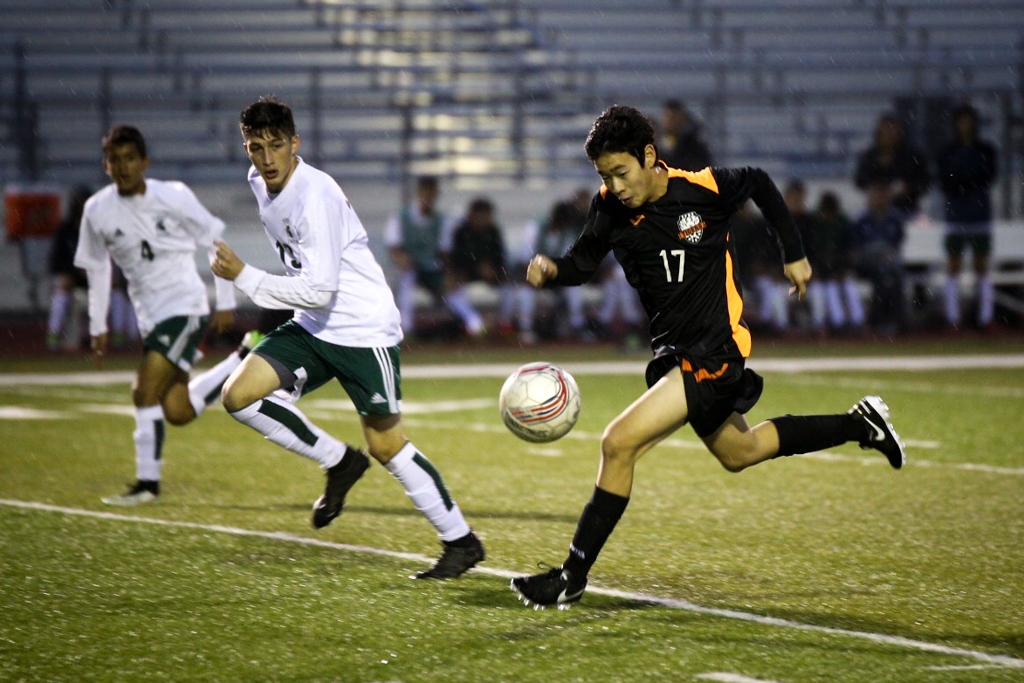 After four preseason games without a loss, boys’ varsity soccer suffered its first defeat against the Schurr Spartans by a score of 2-1, away on Thursday, December 15. The team now stands at 2-1-2 with Rio Hondo League quickly approaching.

Although the Tigers held a better overall record going into the match, South Pas did not live up to its true potential against Schurr. Additionally, the Tigers faced a large setback as head coach Juan Zurita was hospitalized the day before the matchup due to chest pains.

The Tigers failed to develop a strong offensive presence as seen in their past matchups. Schurr took the field by storm, fronting a larger, and more physical, team than the smaller South Pas players. The Spartans’ size allowed them to march down the field and score the first goal of the game in just five minutes. Stunned by the Spartans quick goal, the Tigers struggled to adjust defensively against Schurr, who scored a second goal less than eight minutes after the first for a 2-0 lead.

As time went on, South Pas had trouble developing an effective offense against the aggressive Schurr players. Lost possessions and poor passing ultimately led to the Tigers gaining little ground on offense. The team’s sole highlight in the half came from striker Jack Renken, who managed to chalk up a goal for South Pas 35 minutes into the first half for a score of 2-1.

Coming back in the second half, South Pas learned from their early mental lapses and fielded a better overall performance. The Tigers managed to clean up their passing but struggled to communicate effectively with one another, resulting in more turnovers and lost possessions. Additionally, the Spartans’ attempts at running up the score was met with an unrelenting Tiger defense that was determined not to concede another goal.

Although South Pas seemed poised to tie the game with another goal, Schurr never let the Tigers close enough to to allow an effective shot. As time winded down in regulation, Schurr began to run down the clock, leaving South Pas with little time to mount an effective comeback.

The Tigers hope to bounce back from the loss against the Spartans by taking on Duarte High School away, on Monday, December 19.

Letter to the Editor: Donald Trump: what America needs in the 21st Century