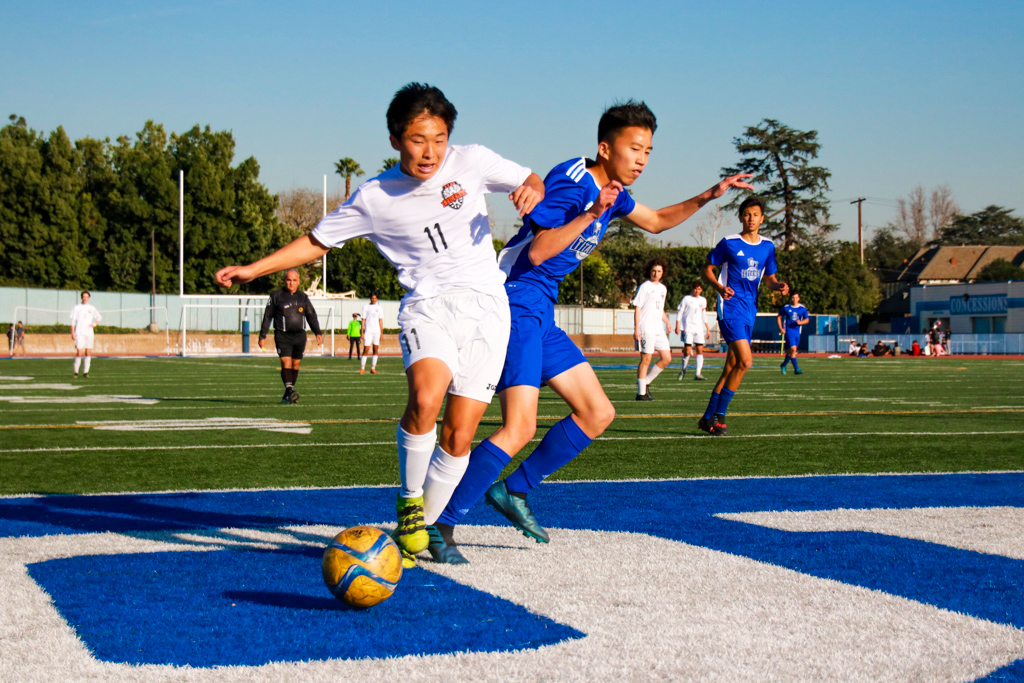 The Tigers swept the season series against the Titans, winning the two games 6-0 and 1-0, respectively.

Boys soccer defeated the San Marino Titans, 1-0, on Thursday, Feb. 6, in its last league game of the season. The Tigers’ final Rio Hondo League record stands at 5-4-1, while the overall record stands at 8-8-2.

Both teams prevented each other from taking any opportunities in the first half; South Pas was able to reach the box, but couldn’t finish. Within minutes of the second half, junior striker Caleb Lee scored the only goal of the game and the Tigers took home a 1-0 win.

The Tigers controlled the majority of possession while the Titans barely penetrated the Tigers’ back line, thanks to senior Ian McLane and junior Cougar Harlowe’s defensive stops. As per usual, in the rare times San Marino got off a shot, sophomore goalkeeper Jacob Mills easily saved the incoming balls.

The Tigers attempted multiple times to score, but none were successful. South Pas was unable to find a clear shot throughout the first half and as a result, a 0-0 tie remained at the end of the first half.

Three minutes after halftime, Lee scored a shot from the far left, with an assist from sophomore Arden Benitez. After the goal, the rest of the match remained similar to the first half: the Tigers controlled the ball, but couldn’t put it through the net. Still, the Tigers were able to complete their season with a win.

After a 7-3 league record last year, the Tigers placed fourth in the RHL and will not advance to the CIF playoffs this season.

The team will need to replace four graduating seniors, including three starting defenders on a back line that conceded 33 goals in 18 games. However, the majority of the midfield and attacking core will return and hope to bring South Pas back to RHL and CIF success.

“Sadly, this was my final league game in my high school career,” McLane said. “However, it was the utmost honor to play for and represent my school and I am excited to put to use the lessons I learned during my time at SPHS.”