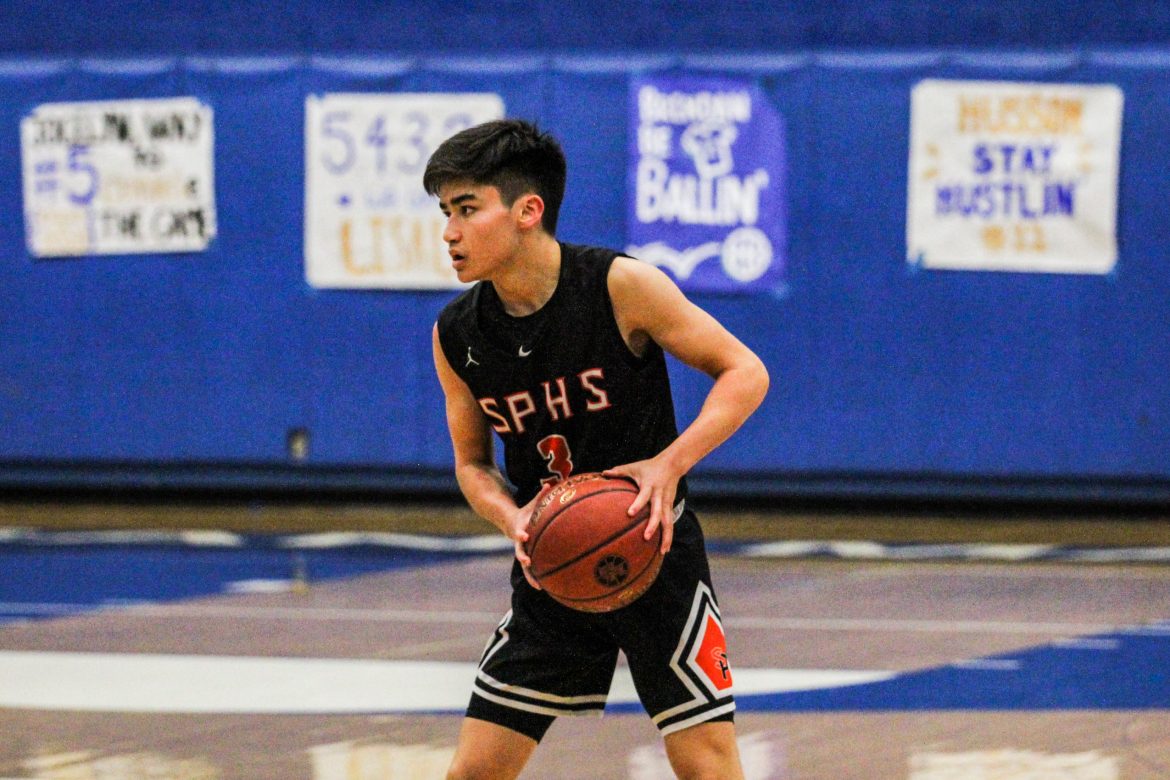 The Tigers concluded the regular season 17-11, a significant improvement over last year's 7-19 finish.

Boys basketball fell to rival San Marino, 55-42, in an away game on Thursday, Feb 6. The loss dropped their overall record to 17-11 and 4-6 in the Rio Hondo League.

The game remained close until the end, but the Tigers never recovered from their rocky first half. Frequent fouls and a porous defense allowed the Titans to lead for almost the entire game.

On their Senior Night, San Marino came out of the opening whistle aggressive and laser-focused and forced two consecutive turnovers to start. The Titans’ defense posed a major problem to the Tigers, suffocating them and forcing multiple late shot clock shots.

Defensively, South Pas struggled to keep up with San Marino’s crisp ball movement. The Titans found open space in the corners, hitting a barrage of threes. By the end of the first, South Pas trailed, 22-12.

The Tigers improved in the second period, slowing down the game and tightening up their defense. Finally, senior Billy Reed III found an offensive rhythm and scored multiple times inside the paint.

In the low-scoring, gritty quarter, South Pas trailed by double digits until sophomore JJ Kim drilled a corner jumper to end the half down, 32-24.

In the third quarter, the much improved defense kept the Titans to only nine points. However, the Tigers’ offense struggled under ball pressure and seemed hesitant to shoot.

Quan ended the stalemate and ran down the sideline for a jumper and Reed scored another close-range bucket to cut the Titan advantage to five. But, South Pas lost the momentum after a wave of fouls padded the San Marino lead.

In the fourth quarter, the Tigers ran out of gas. San Marino expertly denied Reed the ball in the post and although Reed tacked on a few free throws, the home side continued to forge ahead. The Titans regained their double digit lead and finished with a 55-42 win.

“We played with a very hostile crowd [and we were] not able to fully bounce back from the previous four losses. We knew we had them on the ropes many times but just couldn’t capitalize on our opportunities. All we can do now is hope that we did enough to make a playoff bid,” senior Alan Quan said.

Boys basketball finished league tied in third with San Marino and Monrovia and awaits the CIF brackets in hopes of securing its first playoff berth since the 2015-16 season.