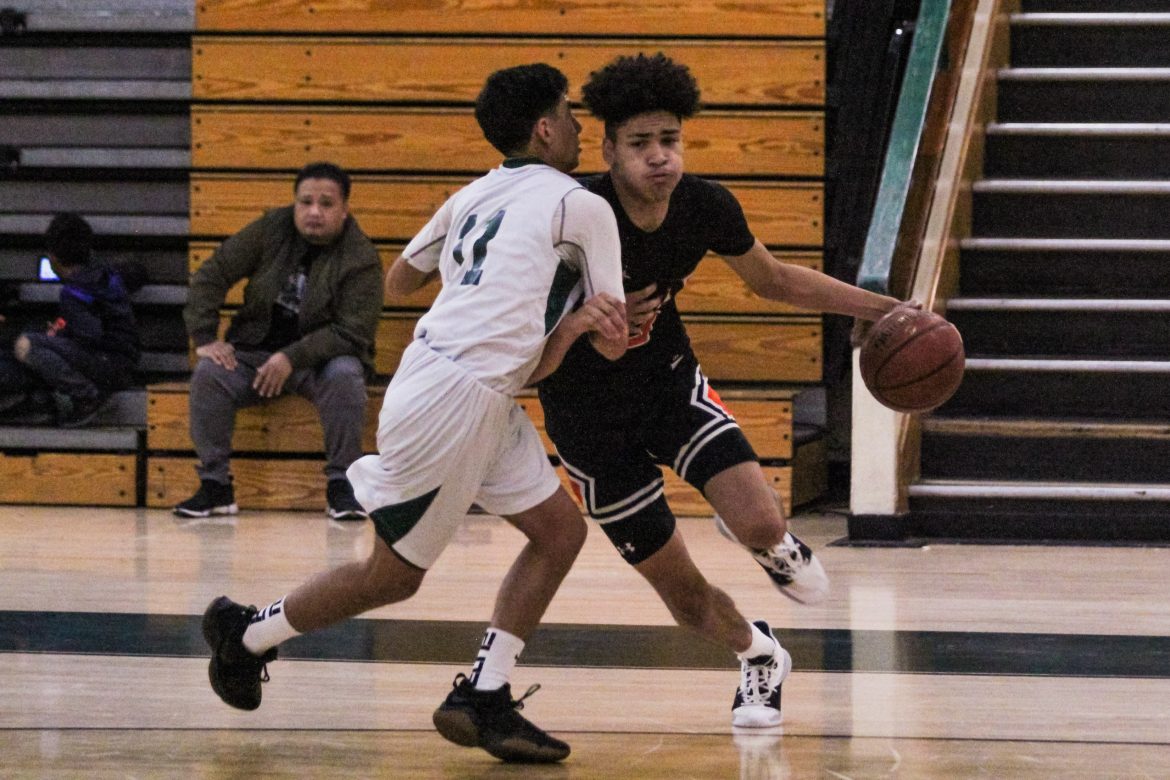 Boys basketball defeated Blair in its first league game 74-68, on Wednesday, Jan. 8. This victory brings the Tigers to a 12-3 record.

Throughout the close game, South Pas struggled with defense but boasted a strong offense in the second half. Senior Billy Reed III carried the team to victory scoring 33 points and 11 rebounds in total.

In the first quarter, South Pas fell behind early, unable to contain Blair’s hot offensive start. Reed made several free throws throughout the period, aiding the Tigers in their comeback. However, the Vikings’ strong defense kept them in a 16-10 lead at the end of the quarter.

South Pas continued to narrow the deficit in the second quarter with senior Rodney Ortega leading the way. Ortega attacked the hoop, drawing fouls and converting at the free throw line.

Towards the end of the quarter, junior Amar Ebrahim and sophomore JJ Kim each knocked down a three pointer. However, the Vikings consistently connected on contested shots and ended the first half with a 38-31 lead.

The Tigers broke out of the break with a 7-0 run to tie the match at 38. Seniors Alan Quan and Preston Sharkey created havoc on the defensive end, while providing intelligent, crisp passes on the other. With a handful of layups and jumpers, Reed took control in the third as the Tigers rallied to a 60-50 lead.

In the fourth, both Reed and Kim’s free throw shooting allowed South Pas to maintain an advantage over Blair for most of the period. The Vikings drew close in the final minutes, threatening the Tiger lead, but Kim calmly hit two free throws to ice the game; South Pas finished with a 74-68 victory.

“We did a good job recovering after a slow start in the first half. But in future league games, we need to minimize lapses to continue winning,” sophomore Johnny Guy said.

The team will host La Cañada in a home game on Friday, Jan. 10.