Top Posts
School board to hold emergency meeting to review...
City council postpones height limit increase and creation...
D.A.’s office to investigate fake, online identities
Teachers voice concern over adopted learning models
Community may get a chance to vote on...
SPUSD outlines plans for distance learning during the...
Anti-Zionism cannot be equated with anti-Semitism
Anything goes?
L.A. complies with statewide protections and improvements for...
LARPing: an activity to experience the game beyond...
Home March 2019 Issue Speech and Debate sends students to state
March 2019 IssueNewsPrint Issues 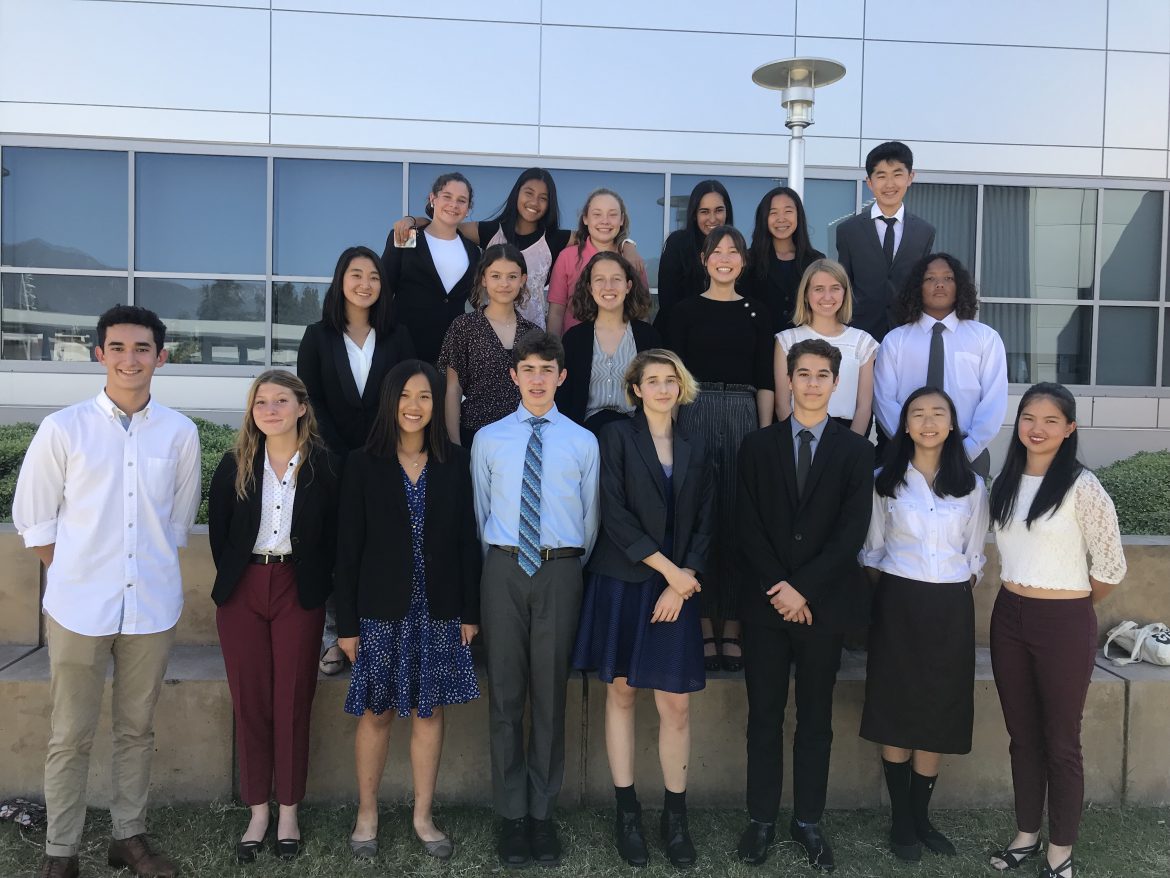 The South Pasadena Speech and Debate team will be sending juniors Kenneth Schultz and Matthew Hamilton to compete in the annual California High School Speech Association (CHSSA) State Championship after their exceptional performances at the Southern California
Debate League (SCDL) State Qualifications Mar. 2 and 9. The team hopes to surpass its performance in the tournament last year and aims to qualify for nationals.

Schultz and Hamilton placed third and sixth, respectively, among approximately 80 other Southern California competitors in their events at the SCDL State Qualification, in which the top two scoring individuals advance to the state tournament in May. As a team, Speech and Debate secured both first and second place sweepstakes in Division III at the debate and speech qualifications, respectively.

“As a graduating senior and two year leader of this program, I am exceedingly proud,” Speech and Debate Chair of Logistics and senior Alexandra Chan said. “The team has killed it at competitions against schools who think a 100 person team is small and have resources like buses,
multiple coaches, and the foundation to support it as an after-school only thing. I’m glad we can repeat our success so far in qualifying for state, and I hope with the next [competition] that we are even more successful than last year.”

The Speech and Debate program at SPHS was developed in 2009, but was not solidly established due to a lack of teachers. The program slowly started to scale back up when history teacher Mr. Oliver Valcorza worked with the team from 2015 to 2016, taking the group to participate in a few invitationals. Later, when civics teacher Ms Alisia Engelhard was hired as a social studies teacher at SPHS in 2016, she was also asked to develop a Speech and Debate team, having three years of S&D experience at her previous school.

“When I was brought in, the program was rebuilding so my goal was to start slow and really develop speaking skills and student interest in order to build it up over time,” Engelhard said. “My intention was to support and empower the students so that over time the program could be mainly run by the students and facilitated by the teacher.”

Under Engelhard, the program entered the SCDL and participated in a couple of league novice speech competitions. The program was handed over to English teacher Mr. Mark Zavidow a year after, as Engelhard needed to shift her priorities to raise her newborn son. With a background
in both public speaking and law, Zavidow took the team under his wing expanded the program to incorporate debate as well.

The relatively small 35 person team has maintained an exceptional record since it began competing three years ago. The prior year, Speech and Debate built an impressive reputation of advancing to semifinals or finals in each of their competitions. The team continues to hold steadfast to its record this year and has come away with awards in 11 out of their 12 competitions.

Speech and Debate will continue to prepare for upcoming competitions, such as the April Spartan Aloha Classic and the Novice Championships in May. Those who have advanced to state will also be preparing for the California High School Speech Association Tournament at California State University, Long Beach this coming May.